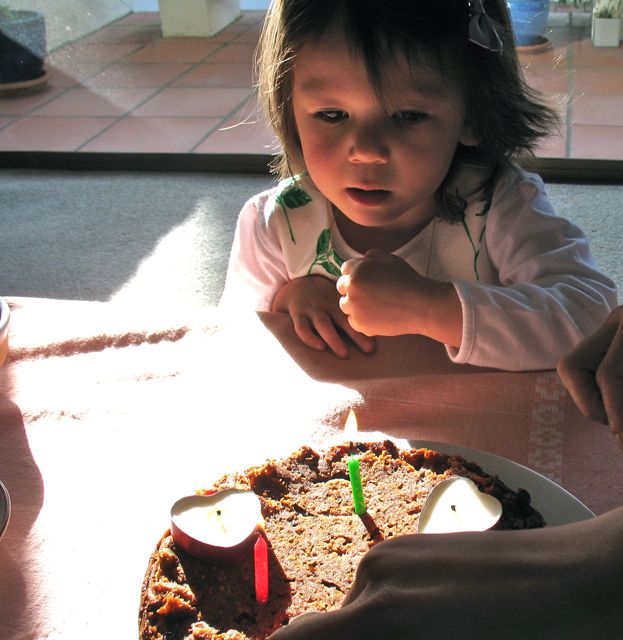 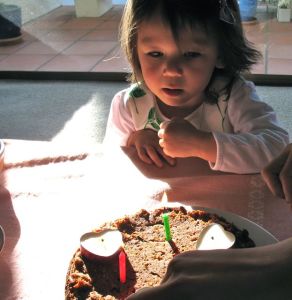 At three years old, Mira has just had her first birthday party. There was so much to wonder at: the cake with its candles, the ritual of being sung to and then blowing them out. 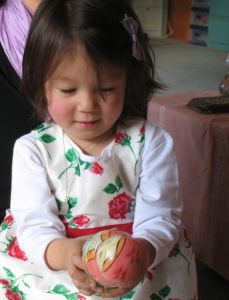 And then of course the presents.
I gave her a set of nesting dolls.
Here she is, wondering what to make of this strange doll with no legs or arms. 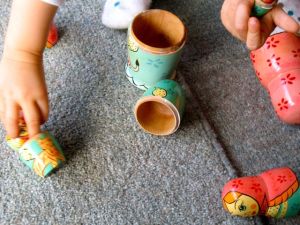 But it’s not long before all is revealed. One doll nests inside the other, and she pulls them out one by one until she reaches the ‘baby’ inside and smiles at it with such satisfaction. ‘Baby’s not working’, she declares, which means that the baby, unlike the others, can’t be opened up. 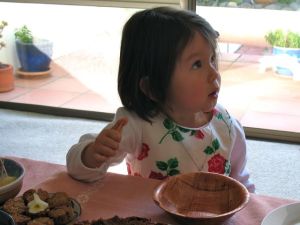 Nesting: it’s all part of winter. As the family gathers around Mira and witnesses her birthday, it feels that we are nesting within each other. As the icy winds blow outside, and snow spreads over much of the country, nesting inside one another’s hearts seems like just the best place to be – and the warmest.