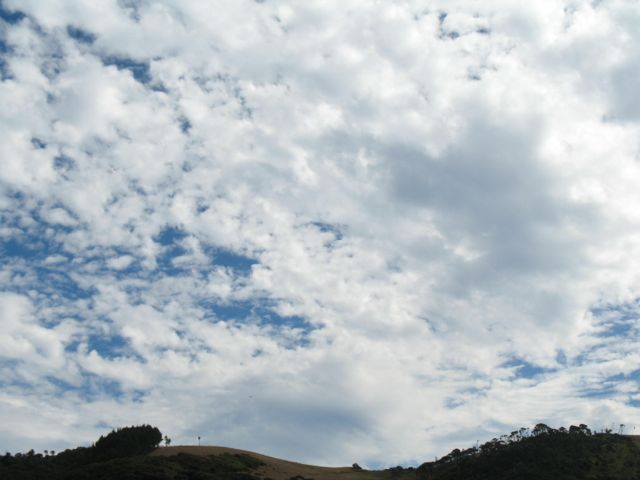 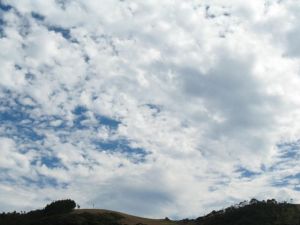 Have you ever heard of people who rush towards a volcano when they hear that it’s about to erupt? Well, I felt a bit like that as I drove out to the bach on the very weekend when rain could be falling. 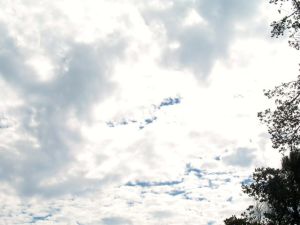 Rain, what’s that? We hadn’t seen any for weeks. The whole of the north island has been declared a drought zone, and even the west coast of the south island—where there’s enough rain to fill a dozen gumboots a day —was applying to the government to be declared a drought zone. And so if rain was going to fall, I wanted to be there. These clouds could be hiding what we’ve all been waiting for. 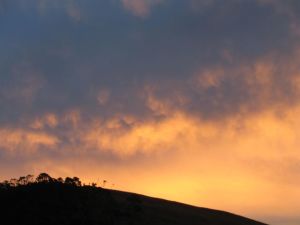 But by evening, the picture was a little uncertain. They seemed to be rolling away once more. 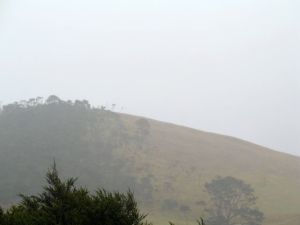 The next morning I awoke to a new sensation in the air. I couldn’t hear rain, but I could sense it in the air. And sure enough, when I looked out, there was the most gentle rainfall that you could imagine, like a cloud coming down and kissing the earth.
Would it be enough? The farmers grumbled, ‘no.’
But I could see that this was perfect. The earth was being gently softened and prepared 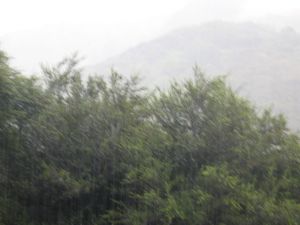 for what followed the next day: rain falling in streaks from the sky. 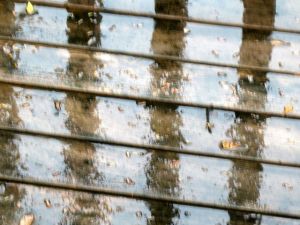 Rain falling with a splash and a rebound, Yes, real, wet rain.
It must have revived the insects pretty fast, because the trees were soon filled with tiny fantails and wax eyes, who were happily flitting and catching their food. 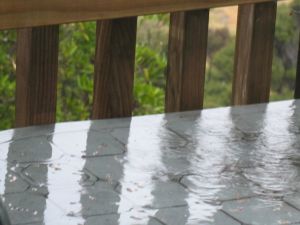 My choir friend, who is a scientist, told me that I was right to feel that this gentle soaking was exactly what the earth needed. She said that when the ground dries out, its chemical structure changes and it becomes hydrophobic. Now isn’t that an odd word! My psychological training immediately gives me a picture of the ground with a great fear, or phobia, of water.
But it just means that the ground has sealed itself off. In order to accept water once more, it needs a bit of retraining. I guess that’s not unlike humans with phobias. 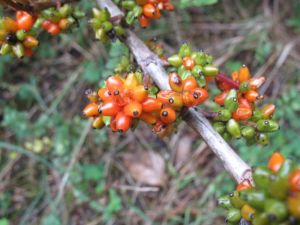 So here we are, with people smiling and saying, isn’t the rain wonderful! The berries are happy, all clean and lush, and I’m sure the berry-eating birds will be happy too.