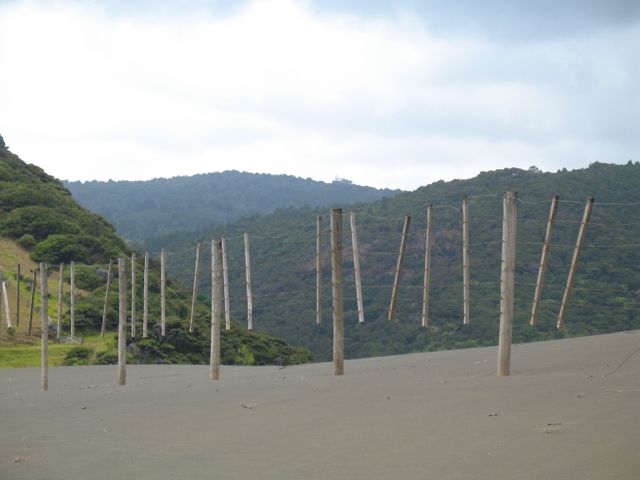 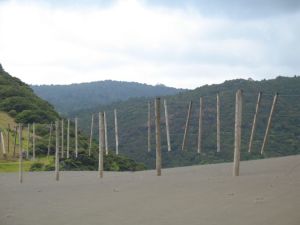 The rest of our walk has a little story. First I must show you the floating fence. Fencing a sand-dune is not an easy proposition. But when the farmer whose land bordered 3/4 of the lake decided to sell and make this a public reserve, the farmer on the right held on to his little corner. This meant that no-one could walk right around the lake. Of course, some tried; hence the fence. Most of it was quickly buried by sand. Some was raised up by the farmer’s son, who took over after his dad died.

Shortly before the son died, he came to an arrangement with the Council, to provide access to this beautiful little corner of the lake, in return for a sum of money. 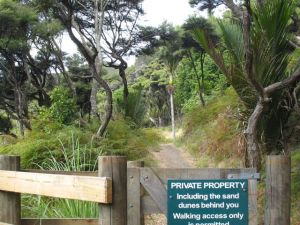 On last week’s coastal walk to my friends’ place, we sat around and shared local gossip, as we do. That’s when I found out that this long-forbidden track was now open, and much improved with board walks and gravel paths. 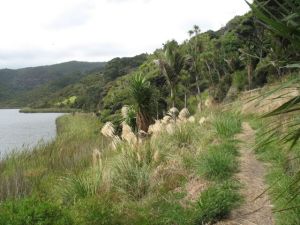 I thought you might like to explore it with me. But shoes on now, because even though our feet are cool after the swim, they wince at some of the concealed sharp stones. 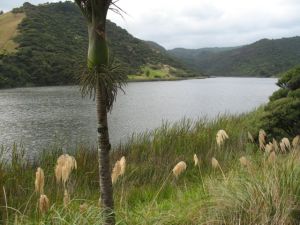 Here, the native toe toe still grows. In many places it’s been displaced by imported pampas, which tends to take over. The toe toe has a delicacy that I love. 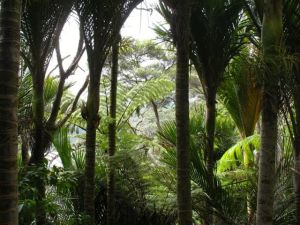 The nikau grove reminds me of being in a cathedral. Hush. We are on sacred ground,

with the nikau’s arms stretched out to the heavens in worship. 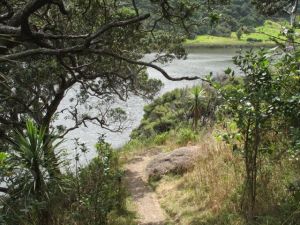 The lake looks different with every turn of the path. The shady part is over, and from now on there will be little protection from the sun which is breaking out from time to time. 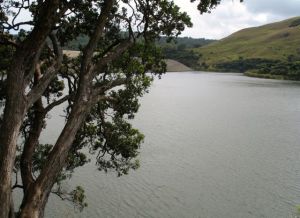 Time to pause and look back to where we came from. Time to sit and open a packed lunch. 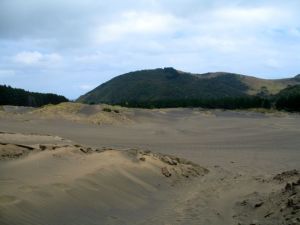 And now we are on the walk back. You might just be able to glimpse the sea, over on the left between the pine plantation and the slope of the hill. The sand is beginning to burn now as the heat of the day builds, 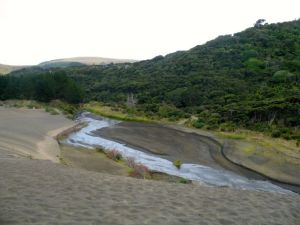 so we will definitely be walking back along the stream, rather than the sandy path. 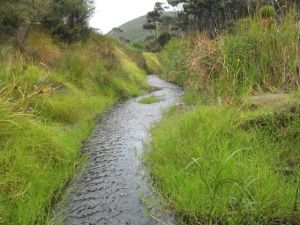 Aah, cool again, and the sound of splashing. So soothing. Thank you for coming with me.