The colours of new growth 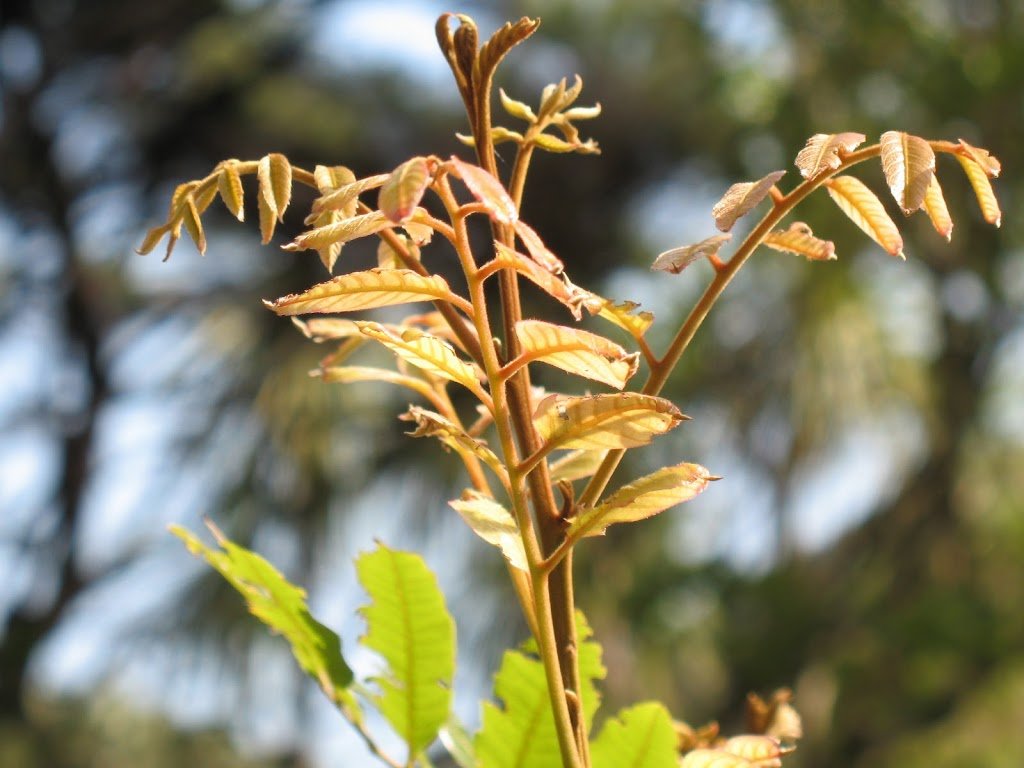 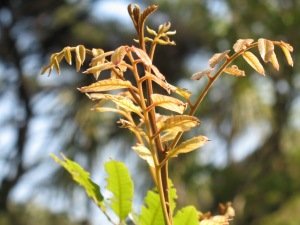 The new growth of titoki is bronze, and the leaves tender. To possoms they must be as delectable as new season’s asparagus. Before possoms were controlled on the Waitakere West Coast, they would devour the whole spring growth in one night, and the titoki remained stunted for years. Now it’s free to grow as it likes. 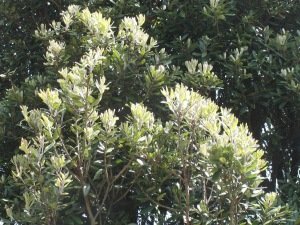 Pohutukawa shoots are almost lemon-yellow when caught by the light. They too used to be chomped off by the possoms, but now they are flourishing and in summer will blossom profusely. 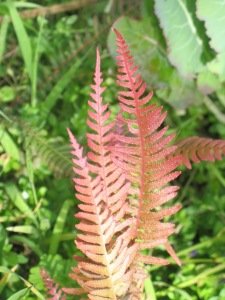 Meanwhile, the new shoots of the little kiokio ferns are flaring like flames along the pathways. They are quite hard and scratchy, not possom-fare at all. I think of them as solar lights, the sun converted to red fire amongst the green.