The Answer to Stark 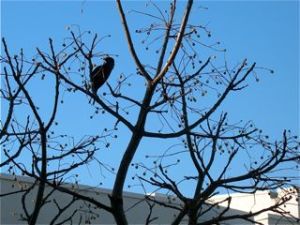 It’s cold but bright. In the afternoon I heard a song that has been absent for months. Yes, the tui has returned, and here it is, eating the golden melia berries. Usually the tuis like nectar best, but I guess in late winter, a bird can’t be too choosy. 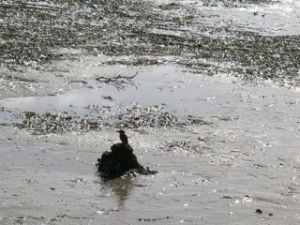 A kingfisher waits on a rock, patiently. 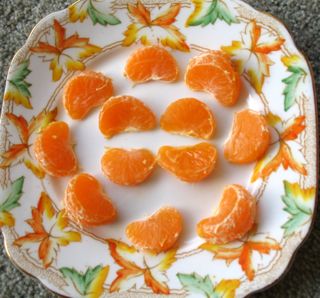 And little Miss Mira requests the pretty plate for her mandarin pieces. Here they are, making a splash of brightness on a stark winter’s day.
‘Why do the dish and the spoon have hands and feet?’ she asks, after studying her book of nursery rhymes intently.
Now, how do you answer a question like that?
I tried: ‘Because it’s in the person’s imagination, who did the drawings.’
Ah-ha, she knew just what I meant!
‘I have a friend in my imagination – called Pretty.’
There we have it: the secret to surviving those days when winter seems to be dragging its heels like an old tramp. A friend called Pretty is just the thing to cheer us up. Imagination. It will take us far.