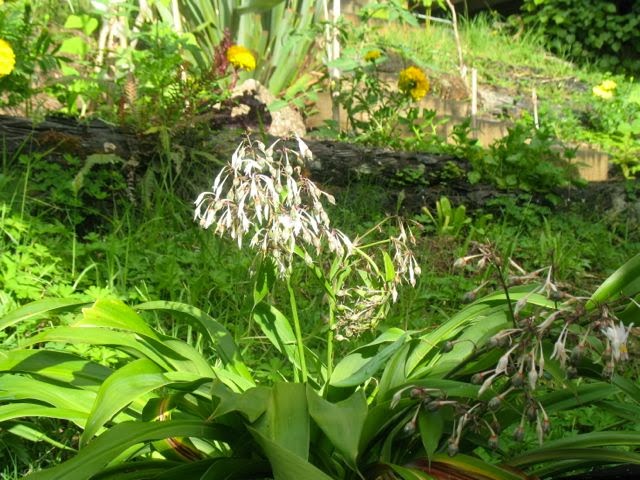 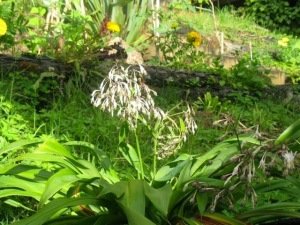 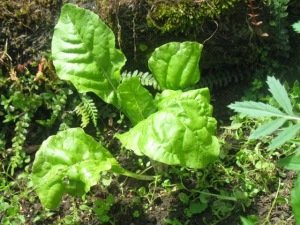 After a dry spell, which had me anxious about how my seedlings were surviving out at the bach, the heavens opened and tipped bucket loads of water down from the skies, day after day. So when I arrived at the bach for the weekend, I found a happy garden, full of smiling little silver beet plants like this one, 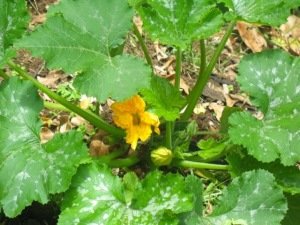 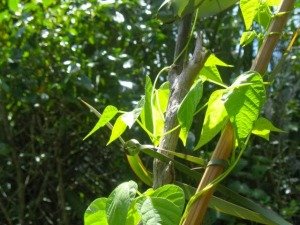 and clever runner beans, which knew how to find their way up the poles, even though I wasn’t there to guide them, twisting and turning as they reached for the sun. 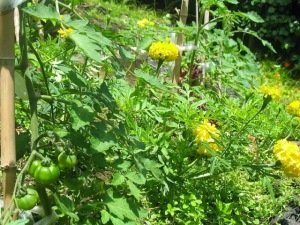 And tomatoes – can you see them there in the bottom left, forming already? They love their companion plants, the marigolds, which are blooming everywhere. Deep in the soil I’ve sprinkled organic sheep pellets. This year, together with the sudden unleashing of abundant rain, the marigolds are twice the size of last year, and the tomatoes are forming weeks earlier. 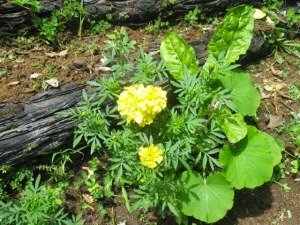 Pumpkin seedlings are popping up in unexpected places, and I’ve been able to choose the best ones to leave, while pulling out the rest. This is a very companionable little cluster. 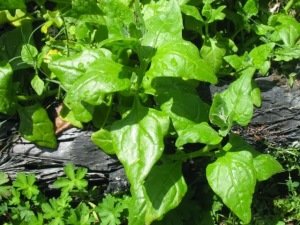 The New Zealand spinach from last year is finding a new lease of life. It’s said to induce a good night’s sleep. 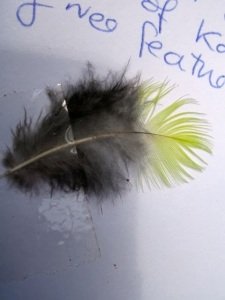 And all around, as I weeded, I could hear the birds singing. They have returned from their winter journeys and were flying from one branch to the next, whooshing over my head as I worked. This little feather was found by my friends who stayed out at the bach the weekend before. I’ve never seen anything like it. Because it’s very fluffy, apart from the green tip, I’m thinking it must come from a young bird; maybe a shining cuckoo. But some of you may have other ideas.

Of course, rain falls on the just and unjust alike, as the bard said, and the weeds have been springing up thick and fast.
I got a bit carried away pulling out tough kikuyu grass and ended up with a cracked rib (yes, I whacked myself in the chest). So I’ve been quiet on the blogosphere, taking time out for some gentle nursing of an aching body. It’s nice to feel a bit better, enough to post again, and to celebrate my garden which is thriving, better than it has for some years. Thank you, rain! 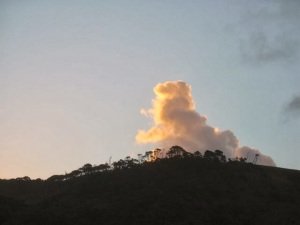