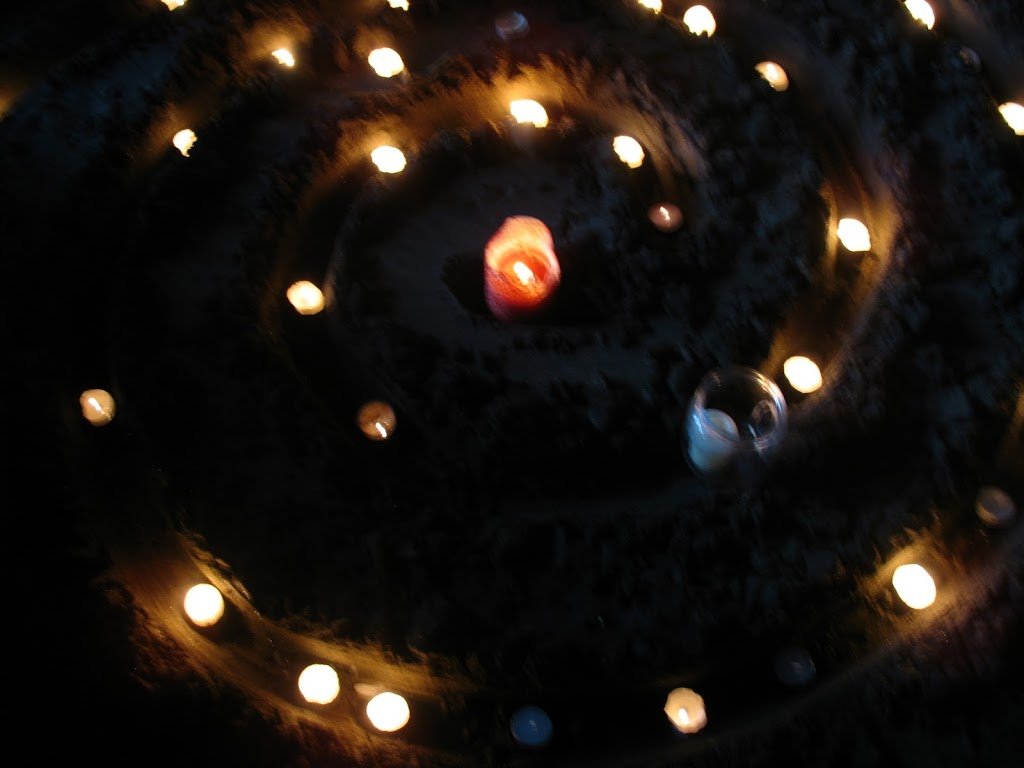 In the early evening yesterday, family groups appeared out of nowhere and began walking towards the cave at the south end of the beach. My son Daniel, granddaughter Mira 2 1/2) and I joined them, walking for 30 minutes in the mist towards a cave that felt more like a mirage than something real. ‘Cave’ we said to Mira, but she had no concept of what that might mean.
At the cave entrance, many people were gathered. Just inside, a spiral trench had been carved out of the damp black sand, and in it we placed tea light candles. The Sing for Joy choir set up against the cave wall, and soon were in full voice, with rhythmic songs alternated with Christmas carols that we sang from the song sheets they’d given out.
It felt like a little dip into winter solstice, being in a large dark cave and singing carols, but also as we came out to a warm sea and glowing sunset, the fullness of summer. Little children, including Mira, cavorted in the waves, squealing with delight. We walked back along the beach, full of song, and slept soundly through the shortest night of the year.