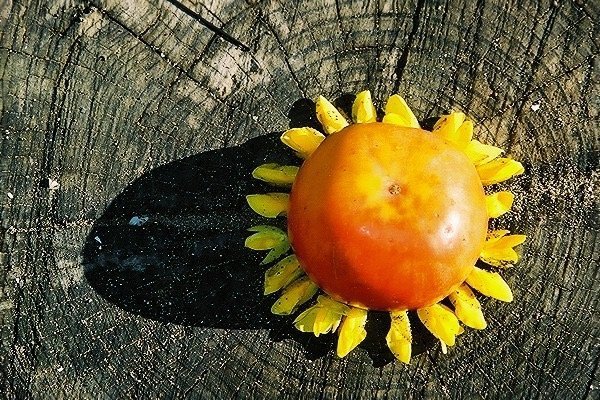 What are the rituals that you never forget?

For me, it’s the ones that take place outside — yes, even in winter.

Two solstice rituals come to mind as I sit here to write to you on this cold, bright winter’s day.

The first takes me back to the warmth of summer, 1990. At that time I lived in the Auckland suburb of Mt Eden, where a spacious garden extended at the back of the house. In early summer I stepped out onto the green lawn and began to create a large flower circle. In the middle of the flowers I placed a round mirror to reflect the sun, and on the mirror a dark lotus seed.

It was summer solstice, and my friends and their families joined hands around this flowery altar to begin a very happy solstice celebration. 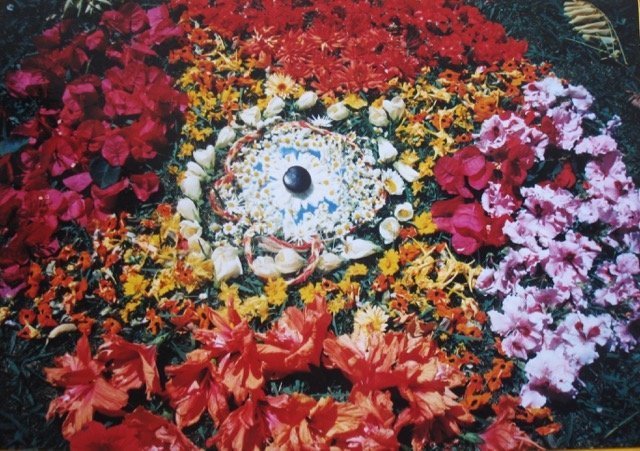 Why the dark seed? Because solstice is a turning point. At the zenith of summer solstice, darkness is seeded, and the season begins its slow movement into the dark. 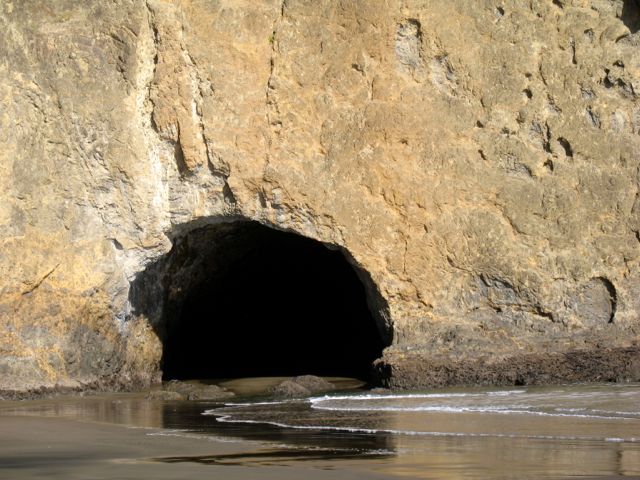 That slow movement into darkness comes to an end at winter solstice. Here in the southern hemisphere, we are just a few days away from winter solstice on June 20 when the nadir of darkness is reached.

Each year through the 1990s I helped create a winter solstice ritual that also took place outside. It began with fifty or more women gathering on a wild, iron-sand beach on Auckland’s west coast in the thin light of late afternoon.

From there we walked slowly south, in single file, to the beat of a drum. In the far distance, at the end of the beach, a pocket of night could be discerned in the rocky cliff.

As each woman approached the cave, two guardians with staves welcomed her in. There she joined a circle of others, sitting on the sand around a blazing fire.

Here our winter solstice ritual unfolded. The fire in the centre symbolised the light of the sun, which was being rebirthed on this night, thus beginning the slow movement of the season towards the light.

The wheel of the year is always turning.

Nothing remains the same.

Accompanied by the elements

Celebrating outside invites participation from the elements. In our garden summer solstice ritual, birds joined in with their song. In the winter cave we were accompanied by the sound of the ocean as the tide began to turn.

And so, as we approach solstice, I’m wondering what will you do to celebrate? 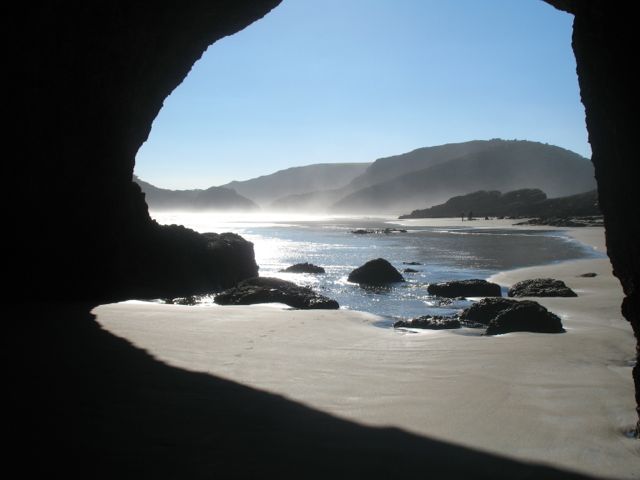 If you are willing to open yourself to the elements, your celebration will be sure to include the unexpected! I remember one cave ritual where a strong wind and spring tide combined to bring waves crashing on to the rocks at the entrance, long before they were expected. Night had fallen and we hastily packed up and led everyone out to a sheltered hollow in the sand dunes, where the ritual continued under the shimmering stars.

Even if it’s raining hard, or if the weather is cold, or too hot, depending on which season you are in, this is a celebration you are likely to remember.

Celebrating the seasons takes you into the mystery.

Bringing the outdoors in

Even if you won’t be outside, you can bring the outside world into your ritual.

This is what I will be doing on June 20, when I lead a Matariki Winter Solstice ritual for an Auckland organisation. With my granddaughter I’ve been gathering twigs in a nearby park and preparing them to bring in to the circle of participants. The little one and I have had a lot of fun gathering up what the trees have surrendered, and I’ve enjoyed preparing the twigs for their special purpose.

I hope you too enjoy a solstice celebration, wherever you are, and however you choose to do it.  And if you’d like to learn to create your own rituals full of life and colour, do check out the details for my new course below. It will be held at a time suitable for those of you in New Zealand, Australia or Europe.

To read more about celebrating the seasonal festivals, check out my books Celebrating the Southern Seasons, Dancing with the Seasons, and Power From Within on the books page of this website.