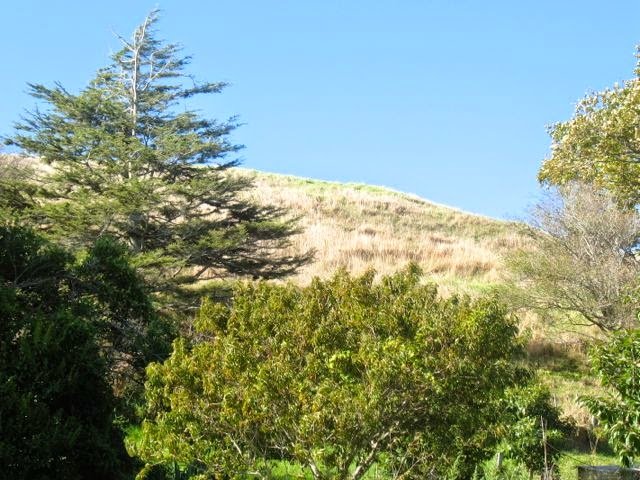 Puketapapa, meaning ‘flat-topped hill’ was the cone that watched over my high school years. We called it Mt Roskill in those days.
Finding the best place to approach a cone is sometimes tricky, especially with this one, which from the main road is not very accessible on foot. 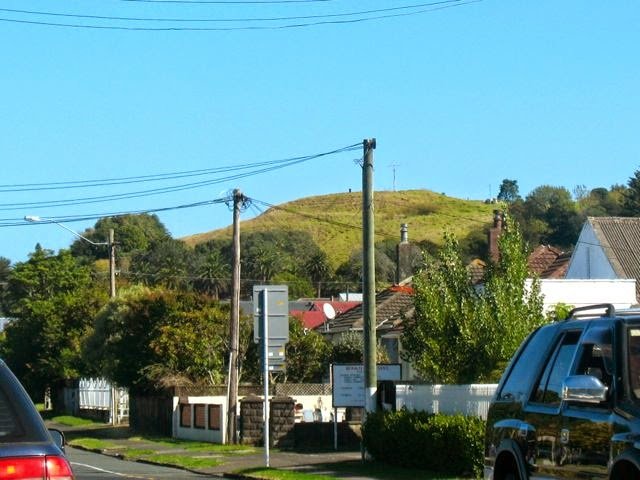 This was the view I had as I cycled to high school each day. My mother and father played croquet at the foot of Puketapapa, but I never thought to climb it — until now. It’s so easy to take for granted what lies close at hand. 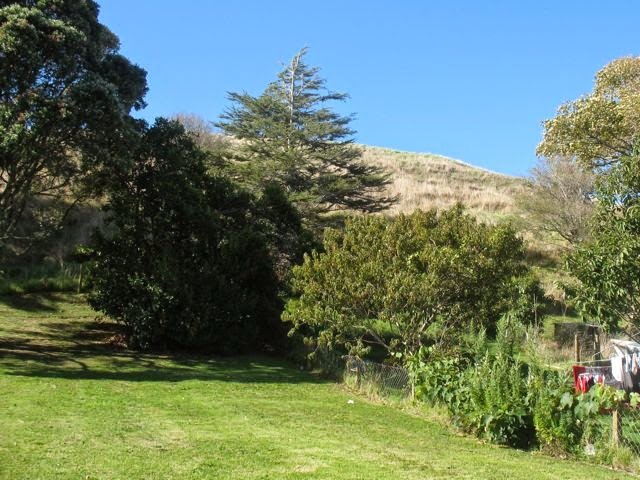 We meet at a quiet street on the southern side of the hill, where we find a walking track through a small reserve. 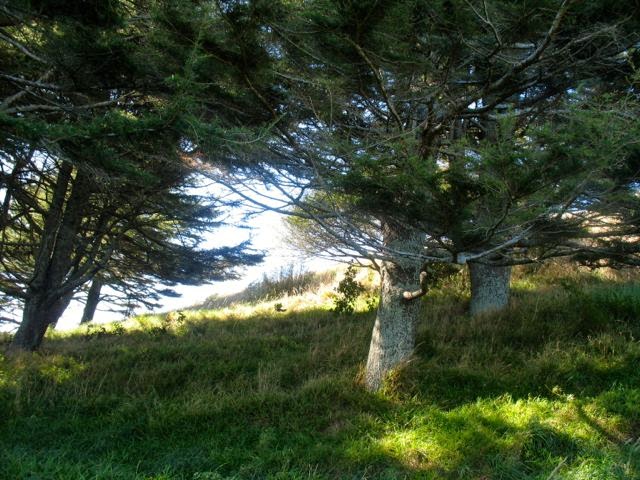 It’s a different world on this side. The wind creaks through the pine trees as we scramble up the slopes. The roar of traffic has dropped beneath the horizon. 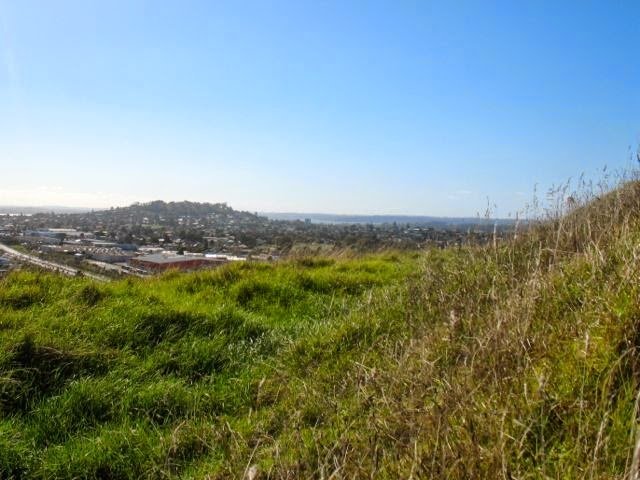 Looking west, we can see Owairaka (Mt Albert), the last cone we climbed. 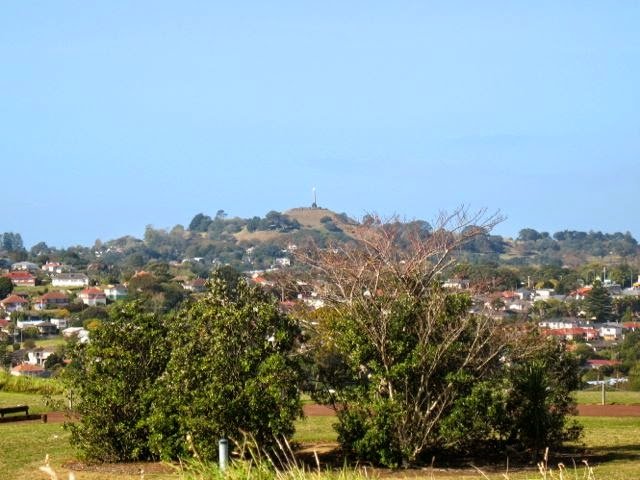 From the top of Puketapapa the eye can easily swoop through space to the distant peak of Maungakiekie (One Tree Hill) to the east, 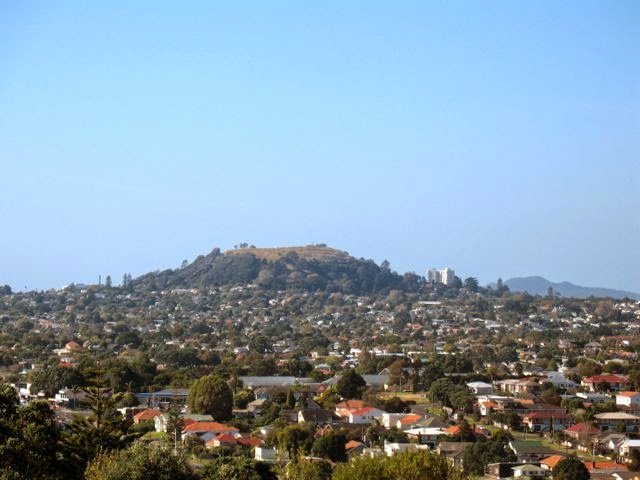 and Maungawhau (Mt Eden) to the north, 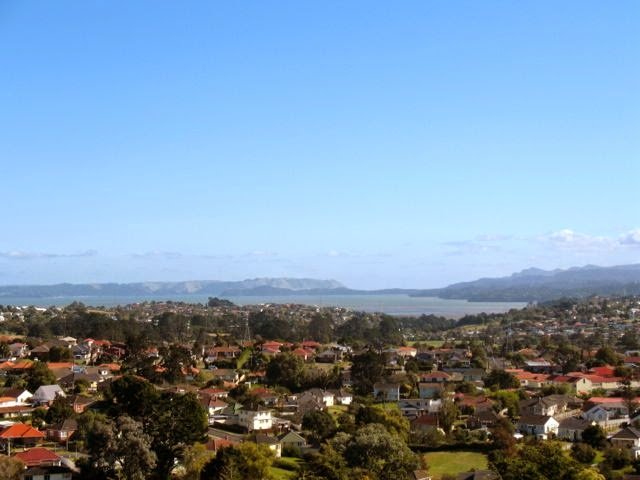 before wheeling around to the south west and drifting down the Manukau harbour to the Heads. 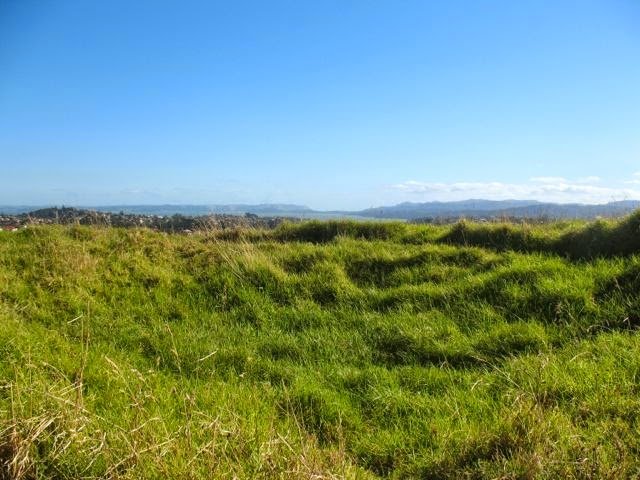 Here in the foreground is another familiar hollow in the ground, showing where a kumara pit once lay. We are entering the season for the kumara harvest, when Maori would store the crop very carefully in these pits. 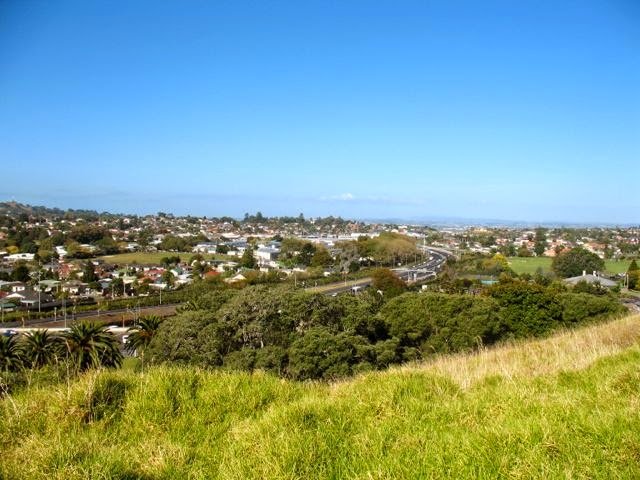 Like the other cones, Puketapapa too was threatened. A motorway, which you might just see roaring from left to right along the flank of the cone, was originally planned to cut right through it. After vigorous protests and a prolonged battle by concerned citizens (Auckland Volcanic Cones Society), the cone was saved.

We did this walk before the steady autumn weather broke. Now it’s Easter, with rain, wind and floods interspersed with bright patches. Looking back on this walk, I reflect on how important it is to preserve what is precious. The previous cone—Owairaka/Mt Albert—lost its top. This one, Puketapapa, was very nearly cut in half, only a decade ago. I feel so grateful to all those who fought to keep this cone intact. And I’m glad I got to climb it after all these years, because it provides a little pocket of peace amidst roads that have become dense with traffic.