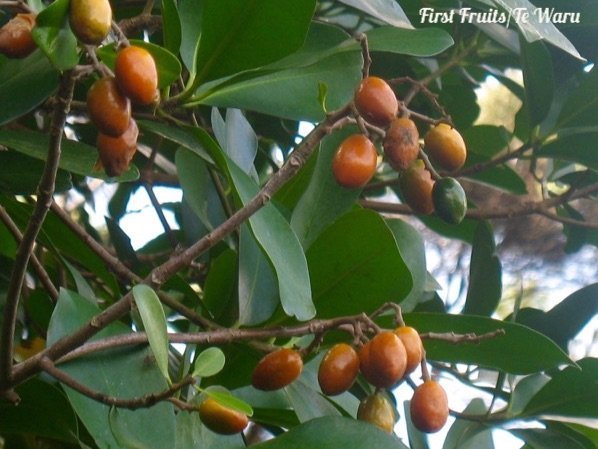 This was my karaka tree last year, in a great abundance of fruiting. The ripe berries fed many native birds who visited the high branches, shaking the surplus to the ground, where it peppered the pathways with rich orange plumpness.

This year it’s a very different story. When I was last out at my bach, I looked at the pathway under the karaka tree, and realised something was wrong. There were no berries to be seen. Not one.

I looked up at the tree, and saw that it was completely devoid of fruit. 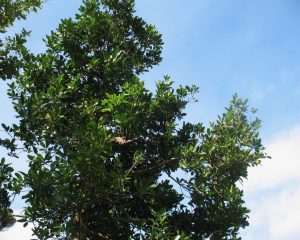 A big storm crashed through the bush last year, bringing down mature kanuka trees and tearing limbs from the houhere, mahoe, karaka and others. 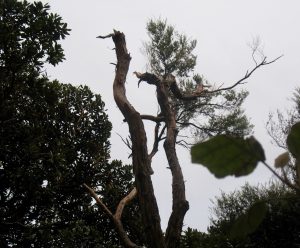 The karaka suffered. Many branches were severed and who knows what happened underground as it swayed and bent in the fierce winds. I think about the roots, and how torn or stressed they might have been from the effort of holding on.

And so the tree has, in its wisdom, shut down all productivity. It is having a no fruiting year.

Not forever, I hope. I will be watching next year, wishing for signs of a return to health after its season of recovery. 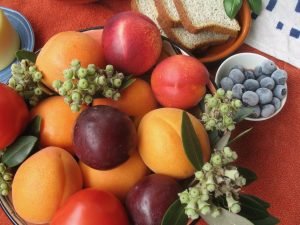 The festival of First Fruits on February 2 falls halfway between summer solstice and autumn equinox. It’s a time of polarity between the abundance of the first grain harvest, traditionally celebrated in European cultures, and the food scarcity of Te Waru in Maori culture, where the kumara is still growing in the earth and is not yet ready for harvest.

(For those of you in the Northern Hemisphere, there is also scarcity as the cold still bites. It is the time of First Light/Imbolc/Brigid, when the sun is returning, but only just beginning to be felt. You might like to read my blog post about First Light.)

You have heard me speak and write about this before, and in the days leading up to Waitangi Day, I was on a retreat with a diverse group of people to contemplate questions of disparity in this land. 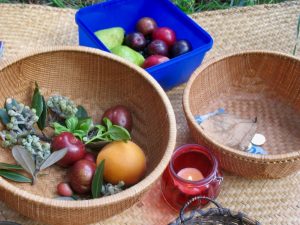 Te Waru may take another form too

The karaka tree reminds me of the need for voluntary ‘Te Waru’ after stormy times, inner and outer, to renounce productivity and gather our inner resources for healing and recovery. Perhaps you have had such times. Perhaps you are in such a time now; if so, I wish you rest and acknowledge your need to refrain from fruiting.

In times of abundance, I need to remember those who are in scarcity, and to share from my bounty.

Blessings to you all,
whether you are fruiting or resting,

In abundance, give
In scarcity, conserve

For further reading about First Fruits/Te Waru, check out my books:

Dancing with the Seasons and