My friend the tree 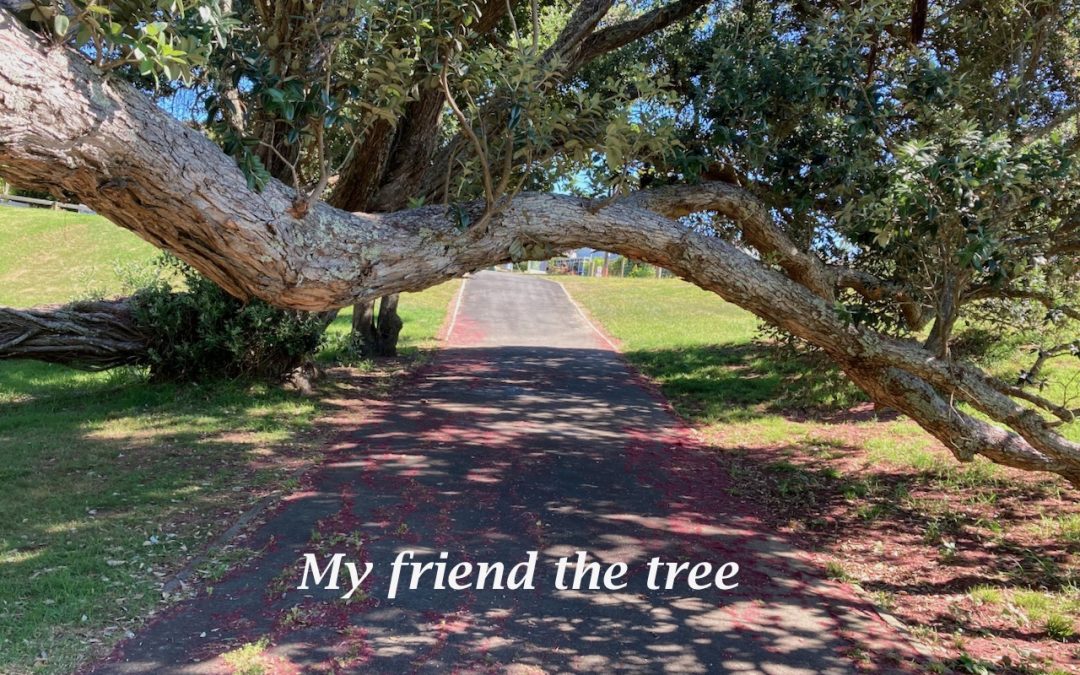 Pōhutukawa love to stretch and yawn, to lean their limbs out into space, even as their roots remain firmly anchored in cliffs and solid ground.
In the park where I walk, one such ancient tree has stretched a mighty limb out over the path. The bushy end of the limb curves over to the bank beyond, forming a large archway. My walking buddy had to stoop but I could walk underneath with ease.

One day, I noticed my head seemed closer to the arching limb as I walked underneath.

On searching the main trunk, I discovered a crack. Over the following weeks, I watched the crack open up a little more. Wider fissures appeared, and after a while, I had to duck a little to walk under the arch.

I knew this mighty limb was reaching the end of its life.

During this time, in another city, a friend was dying after a long illness. 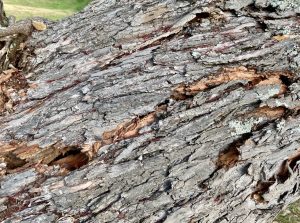 The threat of collapse

The cracks opened further. The arch dropped to the point where I no longer cared to walk underneath in case the branch collapsed on me. I circled around the trunk instead. 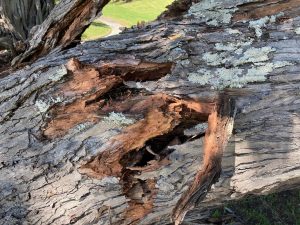 Then a cyclone swept in, tearing branches, leaves, and twigs off all the trees until the ground was littered with broken pieces. Slender branches crawled on the ground like giant spiders or stick insects. 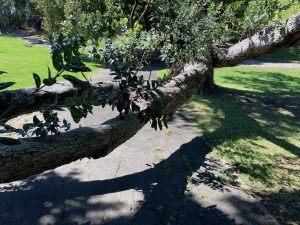 When I walked along the path I saw that the pōhutukawa limb had crashed. Fresh ginger coloured wood and dust showed the savage tearing at the trunk. I could imagine the sound and maybe the pain of severance.

When I returned to the park the day before her funeral, the path was clear. The council had done a tidy job, leaving no trace of the bushy head. 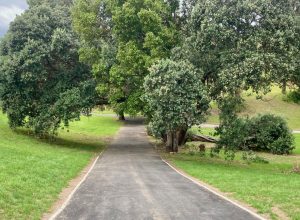 Then I saw the limb itself, where after being neatly cut it had been laid carefully along the edge of the path. Shooting up vertically from it are several healthy miniature trees-to-be, new life arising from the old.
One day they will form an avenue alongside the parent tree as the limb itself gradually returns to earth, finally laid to rest. 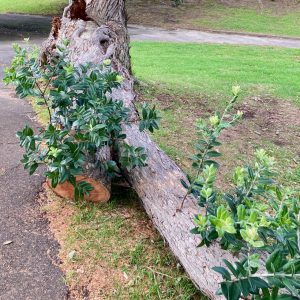 Limbs will fall, dear ones will pass.

Through quiet reflection, we can harvest
whatever comes into our lives and seek meaning.

I take refuge in you, Mother Earth. I do not have to go anywhere
to find you; you are already in me and I am already in you. 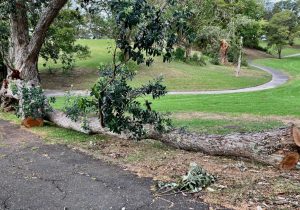 For more on the seasons, loss and growth, check out my books:

Dancing with the Seasons