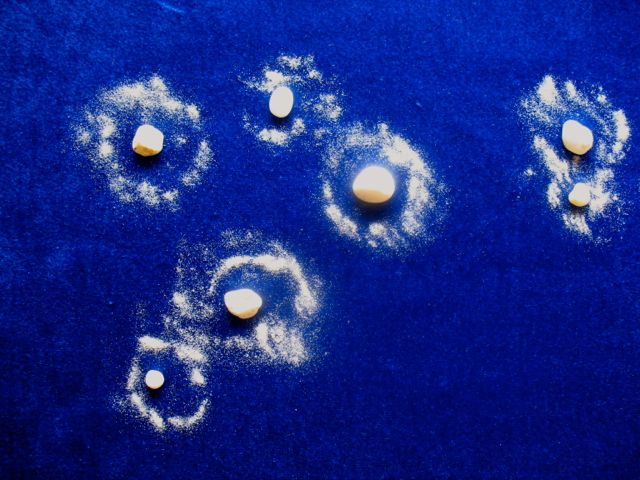 It’s June, and the celebration of Matariki’s return will take place on the 18th. I’m wondering if you have ever seen Matariki? And if so, do you remember the first time or a particular sighting?

I do, and since winter is the storytelling season, here is a story for you.

It’s early May, 1968, and I’m sitting on the small deck of our bach on Auckland’s west coast. Thick chicken wire, criss-crossing in a diamond pattern, encloses us. Same the poet has just cracked another beer, and as it froths into a white china cup, he  tells yarns about growing up in this area. Sam knows all the open spaces, and plenty of secret ones as well.

We talk poetry and Sam recites Yeats as the sun drops in the sky. The red hessian curtains wave in the breeze as I go inside to cook spaghetti bolognese. We eat hungrily as darkness falls. Then Sam starts pointing out the stars. He learned all the constellations out here when he was a boy.

Over the following months, with the help of a telescope, we continued to search the night sky. One night we found two gems: The Crown and the Pleiades, both little clusters that sparkled like jewels with a beauty all their own: intense concentrations in a dark sky scattered like seeds or splashed like spilt milk. This was my first sighting of the Pleiades, the cluster of seven stars — seven goddesses, according to the ancient Greeks, and each one with her own story. Decades later I learned about Matariki, and realised that is was one and the same with the star cluster that I already knew and loved under another name.

Matariki the wanderer, as it is known, dips above and below the horizon, teasing with its inconstancy. In both northern and southern hemispheres, it is sadly missed when it wanders away, and greeted with joy when it slips back again in winter.

But I always wanted to see more, for I knew that Maori used to discern nine or more stars with the naked eye. Then in 2008 at a writing workshop far from civilisation, my wish was granted.

It was 3 a.m. when I awoke in the vast cold darkness of the Australian desert. I crawled out of my swag, quickly donned a thick coat, grabbed my binoculars and scanned the horizon. I knew where to look. Start with Orion, move diagonally down to the left, past Taurus and look low.

Suddenly there was Matariki! It was brilliant, glittering with seven stars and a dozen tiny accomplices, stunning and powerful, just the way that ancient peoples all over the world have seen it in their inky night skies. There I stood on the red desert earth, receiving Matariki, the wonder and the tenderness of it. I remembered how Maori would greet the wanderer with vigorous dancing, chanting and tears of joy. Now I knew why.

Matariki carries legends. It is charged with mythology: the god Tane in a fit of jealousy, smashing a bright star into pieces and flinging them across the sky. The ‘little eyes’ of Matariki, and the bringer of food—nga kai a Matariki.

It is the home of the gods and the ancestors. When Matariki disappears, their watchful guidance is lost; when it reappears they resume directing things from above. The Greeks felt the same; the poet Hesiod advised mariners to stay on land when the Pleiades disappeared from view and their guidance was lost.

What does Matariki mean for you? I’m wondering what sightings you’ve had, and whether you’ve seen the Pleiades from the northern hemisphere.

The first new moon after Matariki returns falls on June 17/18 this year. This marks the beginning of the Maori New Year. Winter Solstice on June 22 is the seasonal beginning for the European New Year. Both cultures share the same perspective.

In the stillness of a new beginning, visions are born, seeds planted within, and regeneration begins. May you find the newness you seek as you enter a fresh cycle. May Matariki’s ‘little eyes’ watch over you, and the goddesses of the Pleiades be with you.