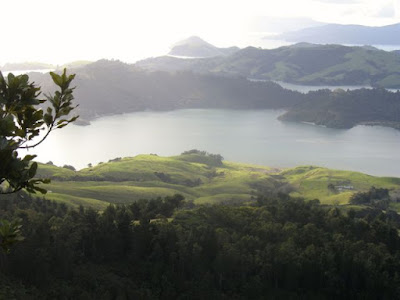 ‘From the top, light and shadows will shape the land you know in new ways,’ said the mountain as I rested with my back against a sun-warmed rock at the summit. I closed my eyes, and felt I could stay there forever. 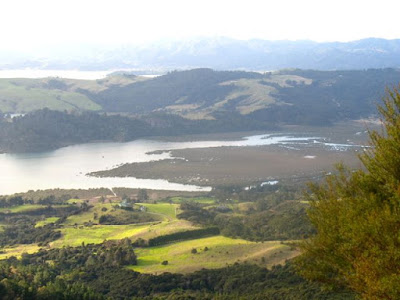 But the voice of the mountain said, ‘Don’t be seduced by the summit. Don’t linger too long,’ and I remembered what my father told me.

My father was a mountain climber in his youth. He climbed to the top of Mt Taranaki, on whose foothills I grew up, twenty-one times. He taught me the first lesson of alpine explorers: that it is more dangerous to descend than ascend.

And so I set out before the weather changed and the wind came up and the light faded. 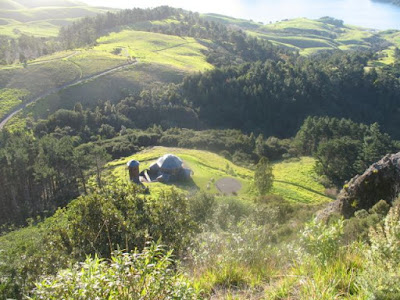 This time I discovered another path. 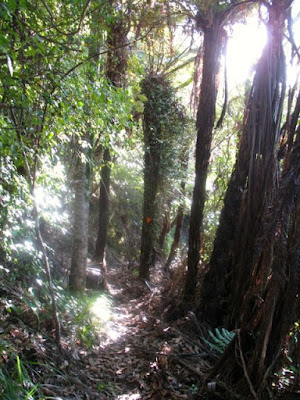 ‘Be mindful of every step,’ warned the mountain. It would be easy to slip or sprain an ankle going down too fast. 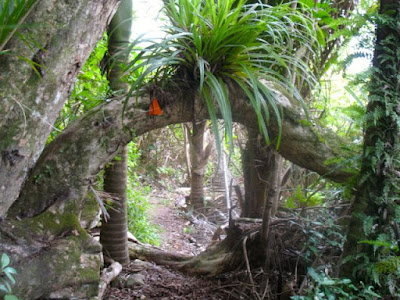 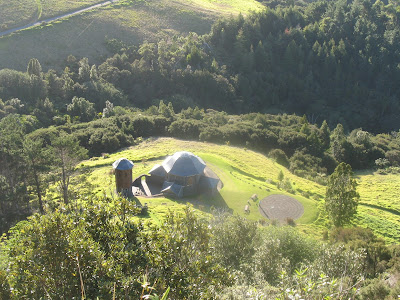 even though a new destination has appeared.’

Joseph Campbell, who studied the mythology of hundreds of cultures, said that an important part of the great adventure (the ‘hero’s journey’) is the Return. It is important not to return too fast, but to take time for integration. The new path down the mountain led me first to the labyrinth. 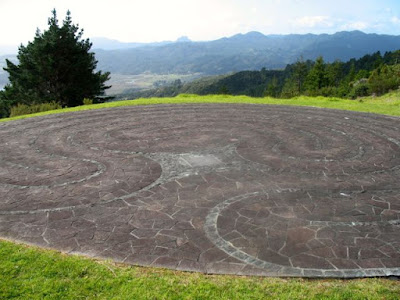 Time to pause and frame a question. The labyrinth is based on the 7-circuit classical labyrinth as shown on ancient Greek coins. Never have I walked a labyrinth with so much spaciousness on every side. I was given several answers to my simple question, all of them perfect. 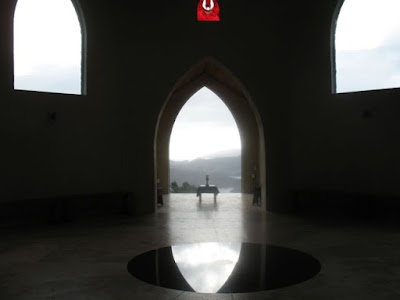 And then it was time to enter the Sanctuary. Based on the old Byzantine chapels of Europe, this stone building breathes silence. Now was the time to stop, to meditate, to linger. 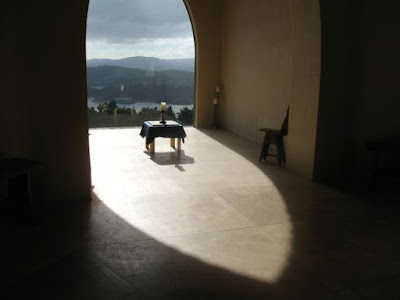 The golden mean was used throughout, giving a deep sense of harmony. 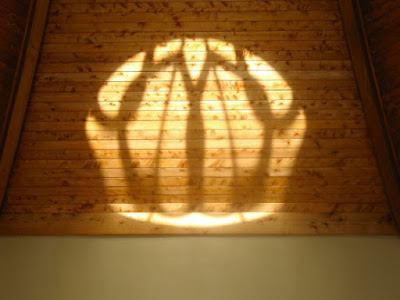 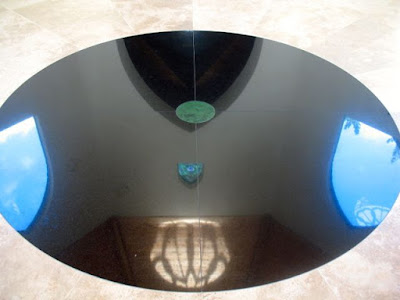 and on the stone floor, with its central greenstone circle. 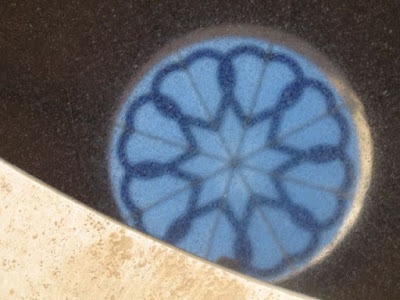 I chanted a little, feeling my voice enlarged into the four corners, reverberating as never before in this place of amazing acoustics, where it is said that sound takes 5-6 seconds before dissolving back into silence. 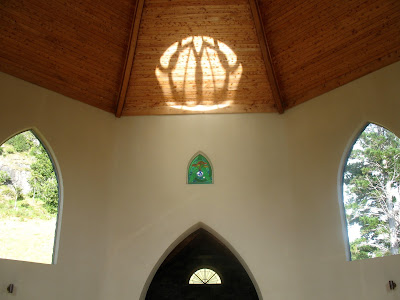 I could have rushed back down the path I originally came up on. But the mountain showed me another way. It brought me to this sanctuary, and reminded me that while sacred places abound in wild nature, there are times when human endeavour also results in great beauty, stillness and upliftment. 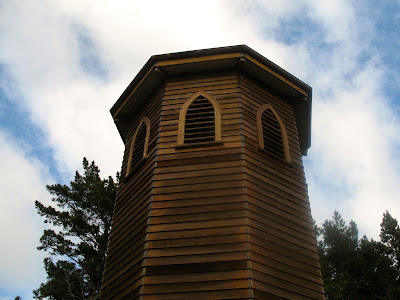 As I left, the bells, cast in Germany using old methods and transported hundreds of miles to reach this place, began to ring. The cascading peel rang out across the valley, up the sides of the mountain and into the sky.