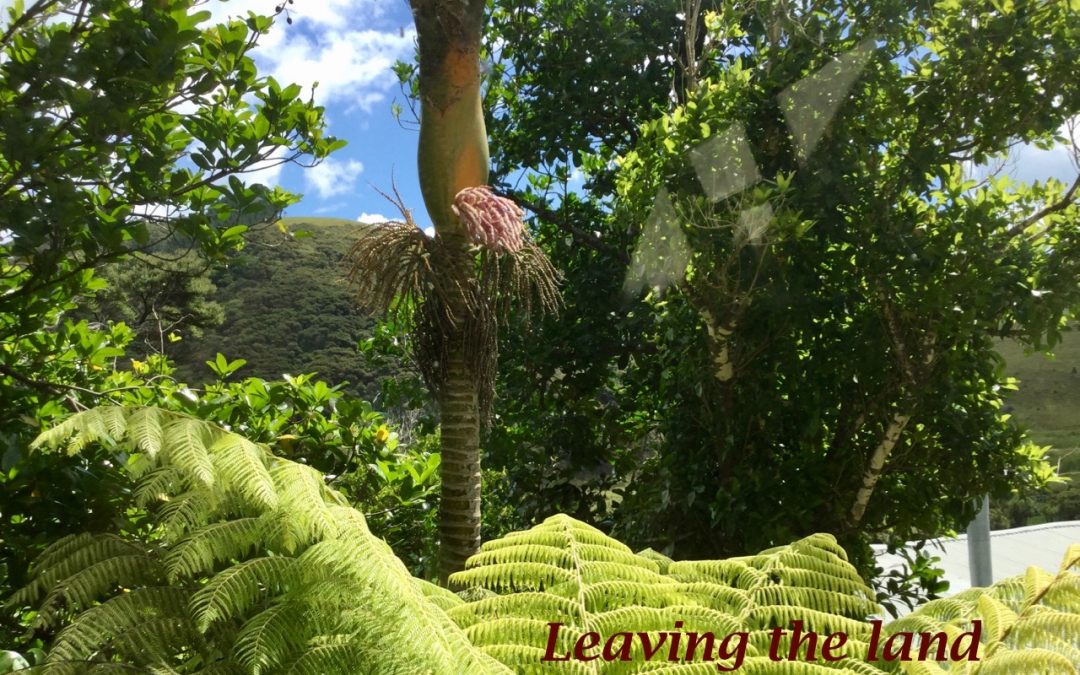 The land was on a grazed hillside, that was struggling to regenerate. When we first saw the bach, a coarse bramble arched across the doorway, and the interior smelt of dead ants. From the deck we saw tall bracken that had sprouted from the bare earth.

We fell in love with the place instantly, and wanted to care for it. Once it was ours, the first thing we did was to bring in seedlings from a native plant nursery. We were newly married students, our only vehicle a Lambretta motorscooter, but the footboard was large enough to hold four potted trees at a time.

We planted houhere/lacebark, tōtara, five finger, rimu, kauri, and karaka. Now, 53 years later, the change is remarkable. A tōtara rises high into the sky, karaka and houhere have flowered, berried, and spread many progeny. Birds have brought in seeds from further afield and mature bush covers the land. 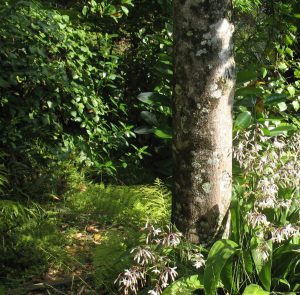 After we divorced 50 years ago, I became sole caretaker of the land.

And now, in January 2021, I have been spending my last summer here. 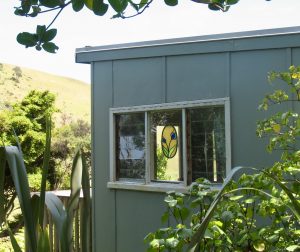 Mostly I am reconciled to selling. It is a wise choice for many reasons. But after my last holiday I have felt a deep wrench from leaving the land itself.

I greet these beloved trees when I arrive and say goodbye when I leave. The kawakawa gives me its medicine, the karaka holds me as I clasp its trunk, and the tōtara, once a 15 cm seedling, lifts me into the immensity of its mighty presence as I marvel at how it could have grown such a tiny beginning. 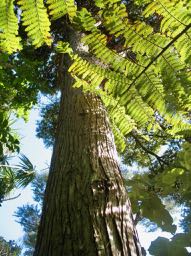 “There will be plenty of other places where you can be in nature,“ says my son.

“Yes, but not with this depth of connection,“ I say.

For over 50 years I have studied the meaning of indigenous awareness —multidimensional sensory knowing — through reading the wind, learning the patterns of the kereru who arrive at dusk to feast on kawakawa and in the lean season on houhere leaves. Knowing the seasons that bring the trill of the riroriro, the call of the kōtare. Learning to discern an alarm call from the tūī “all is well“ song, seeing the kānuka through their life cycle of growing so tall that they block the sea view, and then beginning to die and fall so the blue of the sea and the bloom of the pōhutukawa are visible once more. Being here through rains and storms, fierce blasts that bring down trees, and through times of drought and calm. 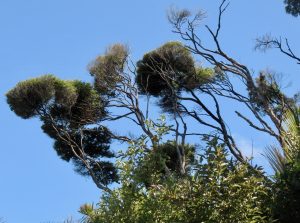 The pain of exile

In feeling the wrench, I remember the pain of exile for refugees and all those whose ancestors have been deeply rooted in one place over centuries, and in particular, Māori who have lost their ancestral home. It’s a mutual pain —the land grieves the loss of its kaitiaki just as the tangata whenua grieve the loss of the land,

From the bach balcony I look down over the treetops to the site of the last Māori village before the iwi, Te Kawerau ā Maki, were gradually squeezed out of the area through population decline following colonisation, Crown land purchases that ignored mana whenua (tribal authority over land), the consequences of economic pressures, and the Native Land Act that permitted individualisation of land titles.

.
Even as I grieve my own loss, I am aware of how much more extensive is the grief of those who hold mana whenua, whose land is layered with human presence and ancestry over hundreds of years and whose loss is the result of unwelcome interventions from outside.

[The old picture below shows the last village of Te Kawerau ā Maki. Behind it is the hillside where 3 baches, including mine, were built in the 1950s. The large inland dune that leads to Lake Wainamu appears on the right]. 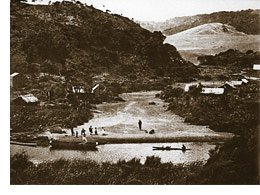 For my son and for the granddaughters whose placentas are buried here, that layering had begun. My dream was that the bach would be passed on through the family line, but this is not to be. My sojourn is over.

Suffering has value. It flings open a gateway to compassion. I have deepened my understanding of the suffering of tāngata whenua who have been alienated from their ancestral land. My heart is open and glad to know that land has been gifted to Te Kawerau ā Maki to return and build a marae not far from that last village and begin the long journey of restoring what was lost. 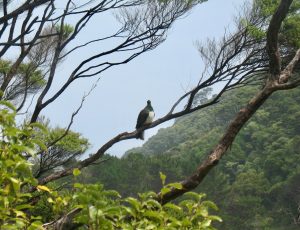 This morning I dreamed:

A stately woman is standing on a gravel pathway on the bach land, reciting a poem, very slowly.

She stops. It is incomplete.

I am listening very attentively. 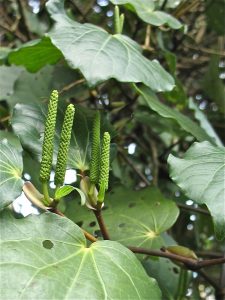 Blessings to you all, in your loves and in your losses,

My new book Sun, Moon, and Stars is going out to many welcoming homes. Thank you for your purchases, and do open up the first seasonal chapter on First Fruits (at February 2), all ready to begin your adventure through the seasons! If you don’t already have one, you may order your copy here.