What does Matariki mean to you?

Can you remember when you first saw Matariki?

I can. But it was by another name.

In my early twenties with the help of a little star book, I began to explore the night sky from the balcony of my bach at Te Henga.

Having found Orion, it was a small step to locate the Bull, and from there to the Pleiades. The star book described Pleiades legends in many cultures, including the Greeks and the Australian aboriginals. 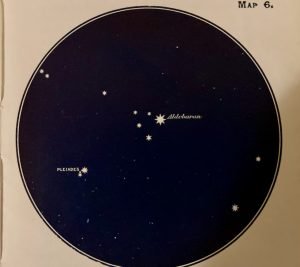 Some time later, I learned that Māori called this constellation Matariki. Research revealed that the reappearance of Matariki or Puanga (Rigel), depending on the iwi, marked the beginning of the Māori New Year. I was excited to learn this, because my family and I had moved Christmas to June, to align with the winter solstice new year. It seemed that European and Māori traditions were in agreement.

Moreover, when I researched the Pleiades I discovered that the Pleiades new year is a feature of many countries throughout the East, and is thought to have originated in India.

In 1995 when I published the first edition of Celebrating the Southern Seasons, a Matariki revival was beginning to spread throughout Aotearoa.

In 2007 I visited Australia and awoke one night in the vast space of the Australian desert. It was 3 a.m. as I wriggled out of my swag, shivering in the chill.

I raised my eyes to the night sky and there it was, a glittering cluster of seven main stars and dozens of tiny companions. It was just the way that ancient peoples all over the world have seen this constellation in their night skies.

I stood on the red desert earth, receiving Matariki, the wonder and tenderness of it. I remembered how Māori greeted the wanderer with vigorous dancing, chanting and tears of joy. Now I knew why.

A wanderer is missed when it disappears from the night sky and with it the guidance and wisdom of the ancestors. When it returns, all is well. 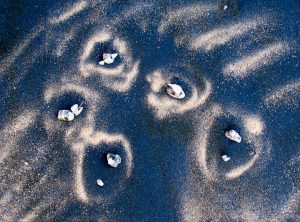 How will you celebrate?

You may be wondering how to celebrate Matariki in a meaningful way this year.

1. On the physical level, you may like to remember that Matariki is known as the food-bringer. By gathering and cooking food from your environment to share with others, you honour this aspect of Matariki. Even if all you can gather is a few herbs or citrus from a tree, still you honour the food-bringer.

2. On a sacred level, you may like to honour the stars of Matariki, and the elements of nature that they represent. At the same time, you may include the winter solstice new year, which begins on the longest night.

You will see that I have included both stars and the sun on the altar below.

Blessings to you all as we approach the new year,

Books for the seasons

For guidance in aligning with the season you are in, my Seasons books are there to help you.

Celebrating the Southern Seasons is a classic resource book. The first section of the first seasonal chapter is headed ‘Matariki: Herald of the New Year’ ( p.59) and will give you full information on Matariki and Puanga.
Dancing with the Seasons is a personal guide to the seasonal flow. Chapter Six (p. 108) begins with Matariki and includes many winter stories from different traditions.

Dancing with the Seasons is a personal guide to the seasonal flow. Chapter Six (p. 108) begins with Matariki and includes many winter stories from different traditions.

Sun, Moon, and Stars will inspire you to celebrate with your family or whānau. See p. 96 for the chapter on ‘Birth of the Sun, Return of the Stars’.