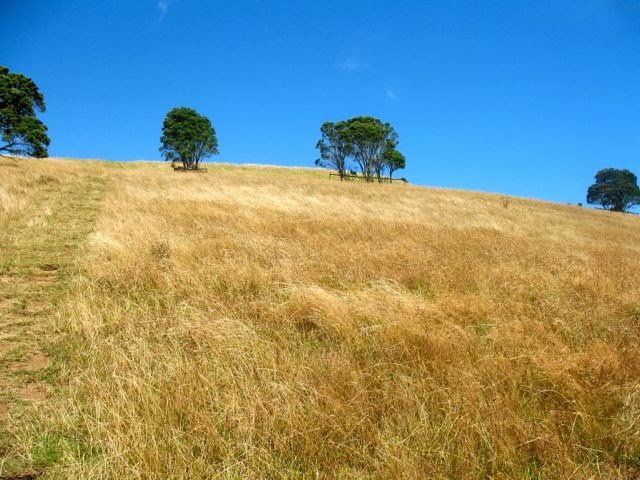 The volcanic cone of Ohinerangi was renamed in 1841 by the first Governor of New Zealand. When he arrived here, he climbed Ohinerangi first of all, and like so many men of his day, renamed it after himself: Mt Hobson. 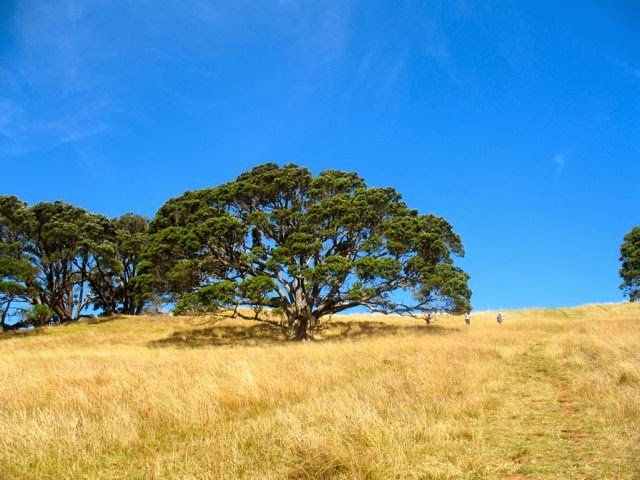 It was a steep climb we made on a hot day last weekend, but the summer wind is still blowing. On this day it was welcome, not only for its cooling effect but also for the way it created ripples through the silky grass. 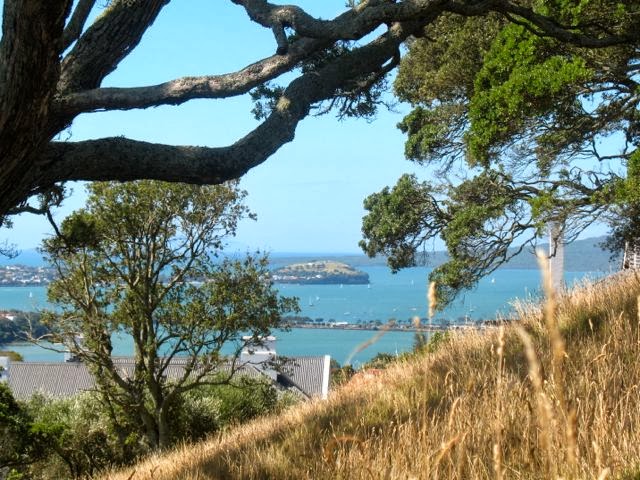 As we climbed higher, we could look east across the Waitemata Harbour, whose name means ‘sparkling waters’, and glimpse Maungauika (North Head), another scoria cone in the family of volcanoes that once erupted all over Auckland. 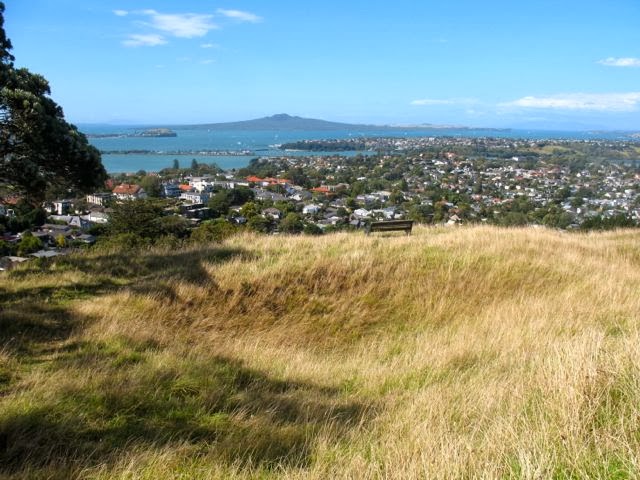 A little higher, and we could look out to Rangitoto, the youngest of the volcanoes and the only one that erupted in the sea. I sailed to this island on my honeymoon when I was barely twenty years old, and climbed to the top.
In the foreground you can see one of the many hollows that dip into the sides of these cones, a sign of the kumara pits created by the Maori for storing their precious staple crop. 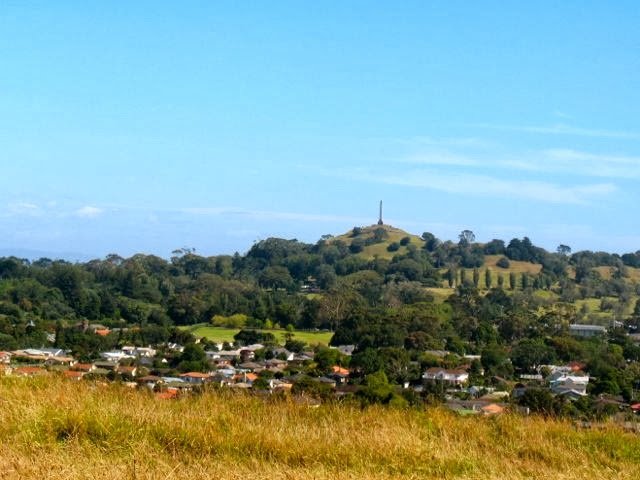 And to the south we looked out towards Maungakiekei, One Tree Hill, the mountain that lost its one tree in a dramatic incident many years ago. But that’s another story. 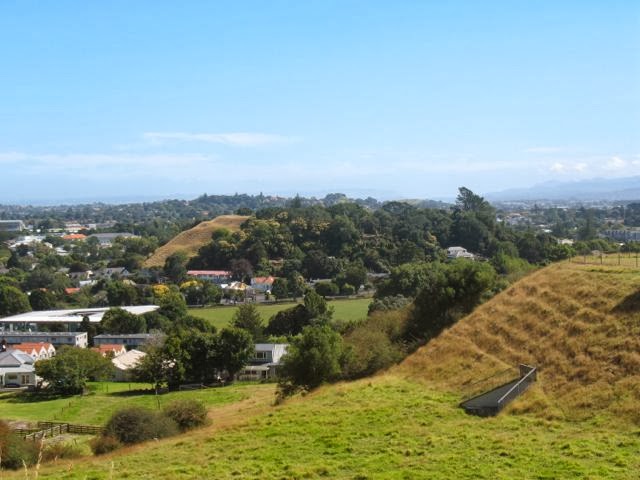 To the west was the sight I was waiting for: here is Te Kopuke, the cone that I climbed a couple of weeks ago in my Climb Fit favorite shoes, and showed you on the blog. 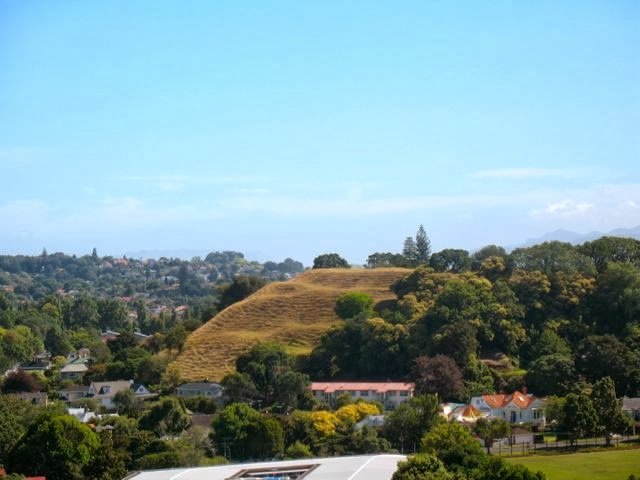 In this photo you can see the terracing created by Maori. I love the way Te Kopuke is tucked into the trees.

What’s this? Have Peter Jackson and the Hobbits come to Ohinerangi? No, the crater was excavated in the ’50s to created a hidden reservoir. Inside the arched doorway lies an enormous pipe that carries water to Auckland homes. 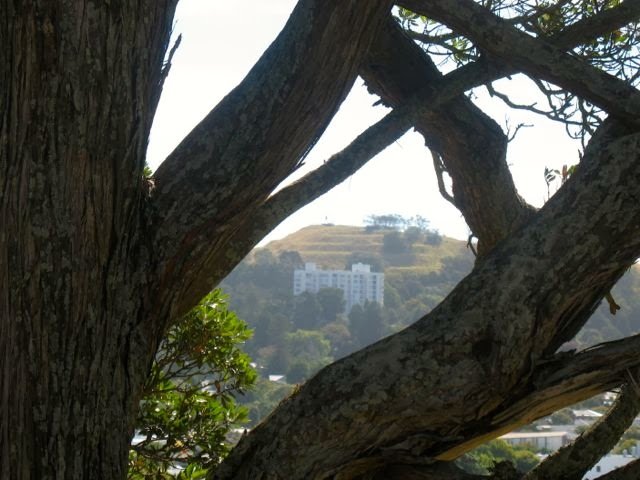 Further round, and on our descent we could glimpse Maungawhau through the trees. This is my most climbed volcano, for I used to live in Mt Eden, the suburb that surrounds it.

After climbing up and around Ohinerangi I felt recharged. The energy of these cones is amazing, almost as if their hidden fire is lurking somewhere within them. They also provide breathing spaces, parks that rise upwards, free of the busy activity of the city below.

Note: In my post on January 26 I called this mountain Remuera. This is a later Maori name, a corruption of Remu-wera (the burnt hem of a garment), that was mistakenly used for Ohinerangi.