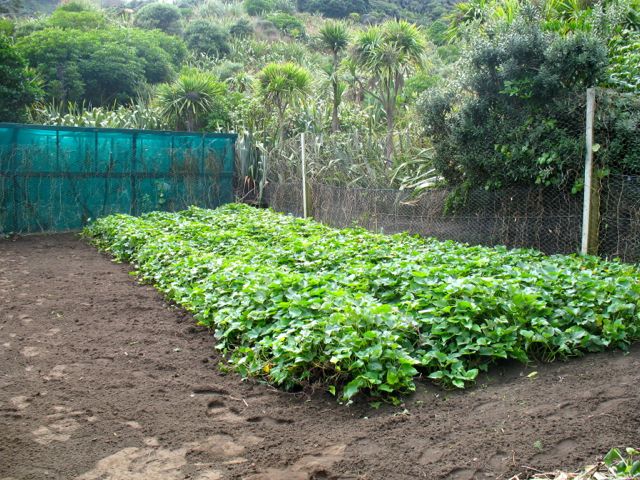 I found this blog that I wrote nine years ago. It awakens memories of my years at Te Henga, the cycle of the kumara and the excitement of harvesting with the community.

The kumara garden lies hidden between the dunes and the hill. Kumara thrive in light, sandy soil, so the location is perfect.

For Māori, this area was a favoured food basket, where gardens could be cultivated close to the sea. With kumara and seafood, birds to hunt from the nearby forests and eels to catch in the river, it was a place of great bounty. 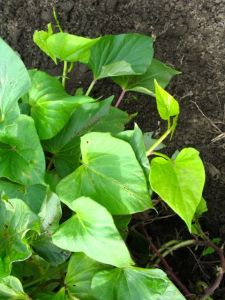 How can we tell if the time is right?

The kumara tops are still green, but the season is advancing, the tide is low all day, and it’s time for harvest. Will there be a good crop, after the dry summer we’ve had? Nobody knows as the answer is buried under the ground.

My neighbours on the coast hold a communal kumara harvest each year, inviting their friends to join in the fun. Children are especially welcomed, and so this year we bring four-year-old Mira, hoping her legs are sturdy enough to carry her through the stream, over the sandhills, down the beach, and along the path to the hidden ex-army hut. 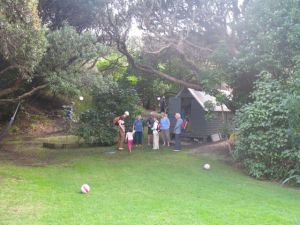 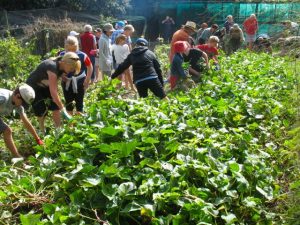 In the kumara garden, the first task is to tear the foliage off the crop and throw it on a big pile. 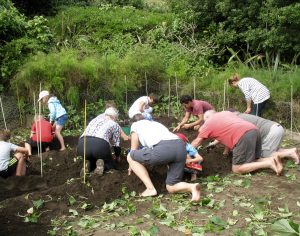 Then the mounded up rows are exposed. The second task is to dig in the earth and carefully uncover the kumara. They are easily damaged, so no tools are allowed. A bruised kumara won’t keep well. 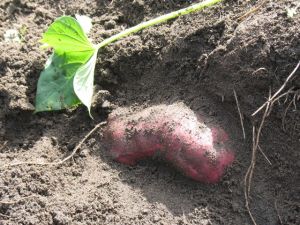 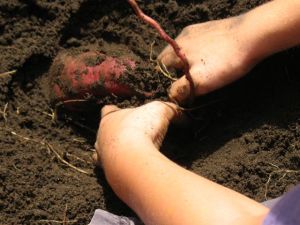 and so did this little boy. 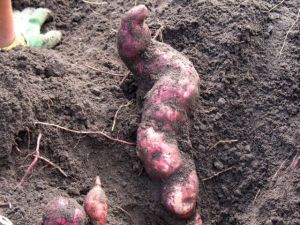 This one seems to be wriggling free all by itself.  We were told to put any aside that might qualify for a prize: the biggest, the smallest, the strangest, one that looks most like a mouse, and so on. 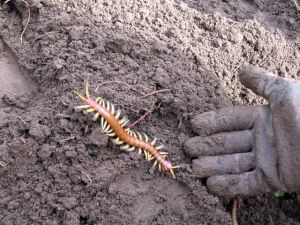 We all gathered around, amazed to see such a colourful and large centipede. The gloved hand removed it carefully and put it in the bushes. 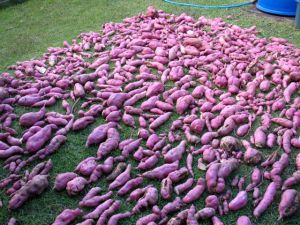 The harvest is in, washed and laid out on the grass to dry. Now it’s time for hot soup, barbecued spare ribs and lamb chops, salads, cakes, biscuits . . . some provided, and some brought by the visitors.

And time to sit and chat while the children run around on a treasure hunt, looking for tiny chocolate treats hidden in the trees.

Whee! It was a long walk, but with a swing like this hanging from a tall tree, who cares. Life is full of adventure, and at harvest time everyone is in good spirits.

For books about the seasons, check out:

Dancing with the Seasons: a personal guide, with stories from my Māori teacher about harvesting kumara in Taranaki with his whānau.

Celebrating the Southern Seasons: a classic resource book, with many entries about kumara.

Sun, Moon, and Stars: for celebrating the seasons with your family or whānau.