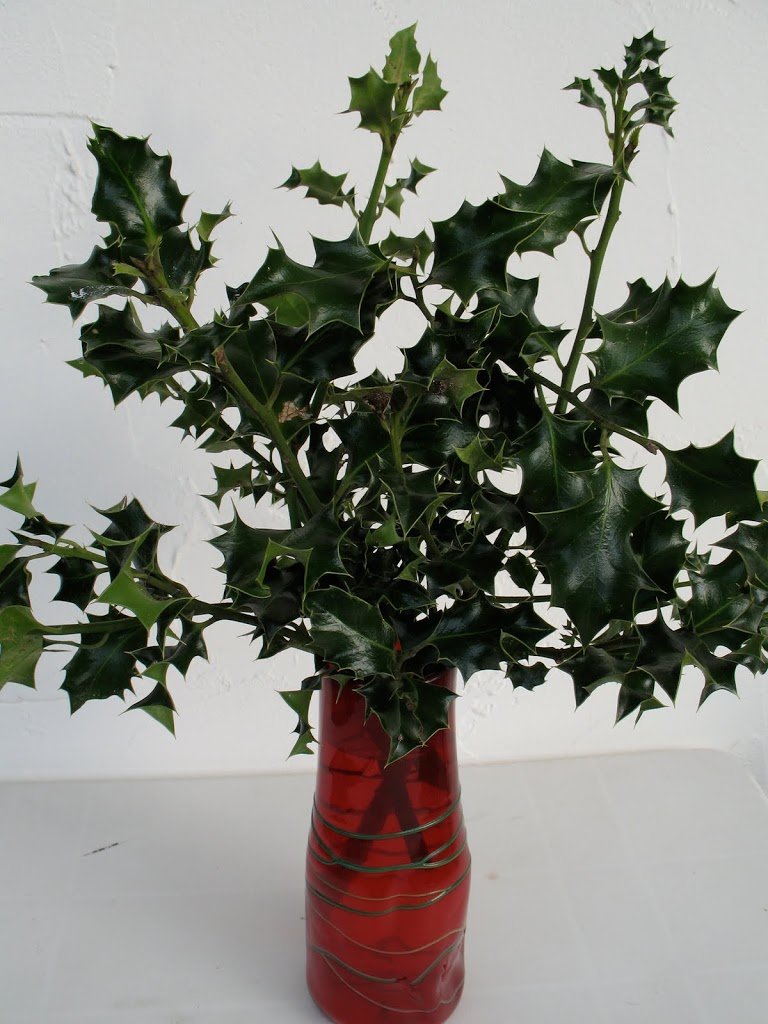 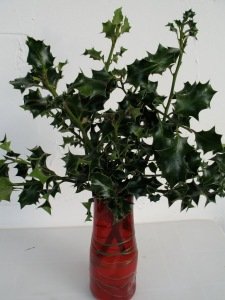 It took most of a month to locate holly for Winter Solstice celebrations, including the Solstice retreat I’m leading on Saturday. Auckland doesn’t have much, and I couldn’t find any in berry. I’m pondering on the drama of the holly tree, and how it stood out in the woodlands of Britain once all the other trees had lost their leaves. Its foliage is such a dark, emphatic green.
‘Deck the halls with boughs of holly’ – yes they brought it inside as a sign of hope and greening in the bleakness of winter. But it’s vicious to handle. Did they wear gloves in medieval times, or were their hands just tough? (unlike mine: ouch!)