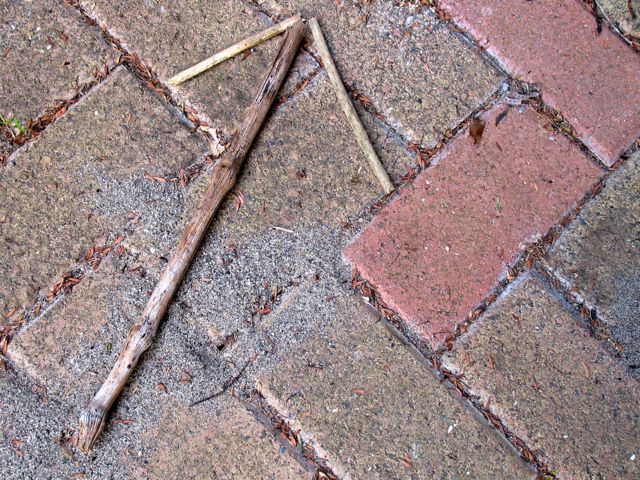 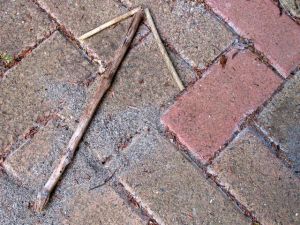 Every Easter for  my older granddaughter (now 18), I created a treasure hunt. And now it’s the little one’s turn. We actually began last year, and it was very simple: follow the yellow trail (See Trails and Treasure). But now, at four and a half, she’s ready to learn about signs. So I have to show her what an arrow is, and how to understand it. 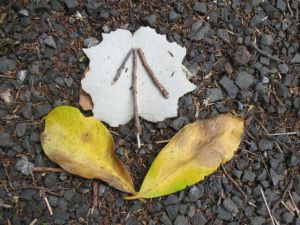 She’s away! running so fast that I have to hurry to keep up. Yes, this one was easy, 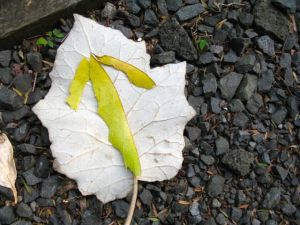 and this one too. 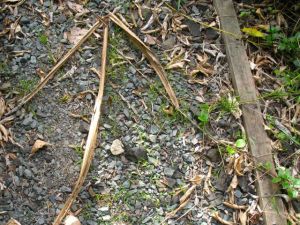 But then the clues get a little more tricky? Would she spot this one, I wondered? No problem! 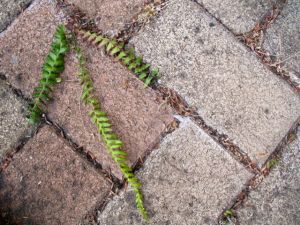 How about this? Easy. 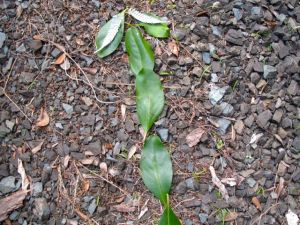 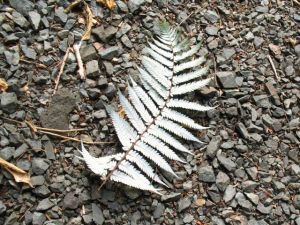 This was more subtle, but she quickly got it. I left quite a trail of these, the famous NZ fern, which shows silver on the underside. Maori used them to leave markers along the trails in the bush at night, when out bird-hunting. 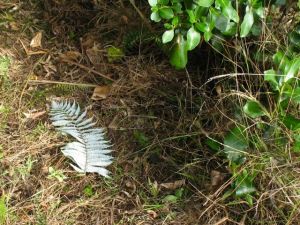 I used them for the darker parts of the route, through the bush, 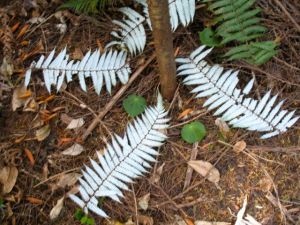 And to point the way to her special tree, where in a little nest of twigs and ferns, she found . . . 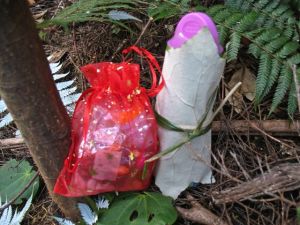 treasure! A little pot of bubble mix, wrapped in a rangiora leaf and tied with flax. And inside the sparkly pouch, a fairy stamp and some beads to thread.

Later that day, she said, ‘I want to go and play outside.’ When I peeped to see if she was OK, I found she was playing with the twigs, investigating the mystery and wonder of signs. I was going to take a photo but in no time at all, it had been turned back into an arrow. Never mind, I recreated it from memory: 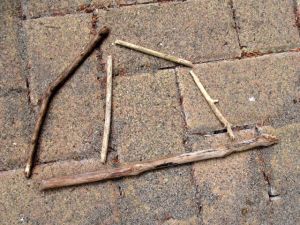 I am carried back to ancient times when our ancestors, before they had writing, would have communicated with one another by using signs.

Here you are: a house—for the imagination to roam in, perhaps.