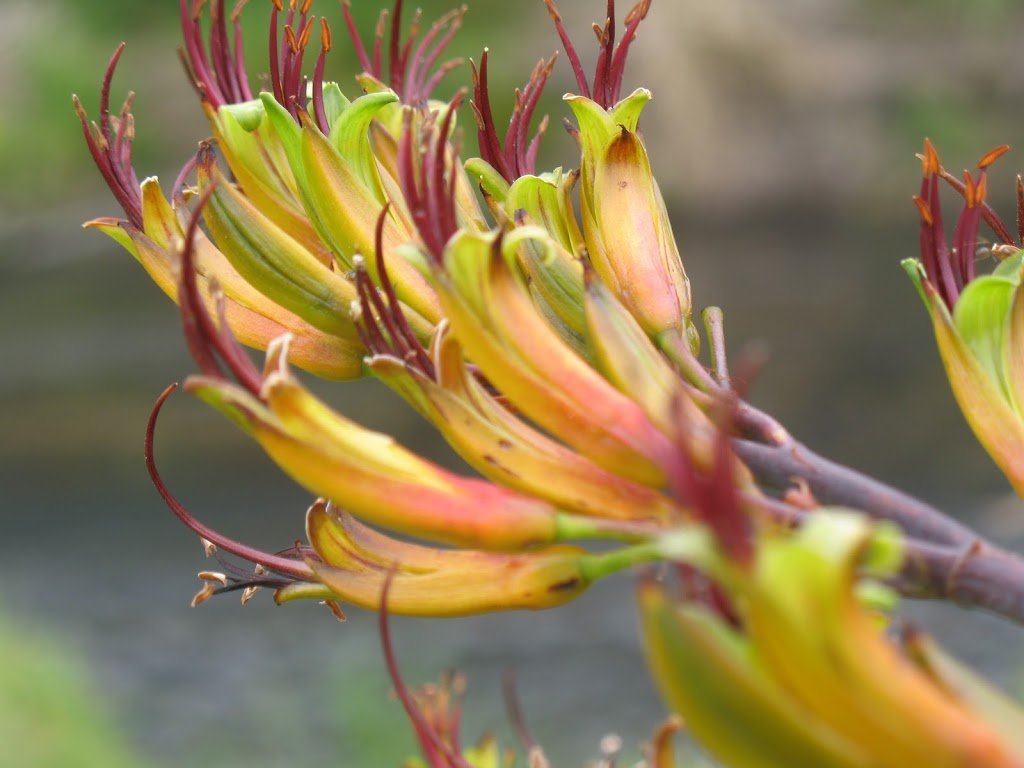 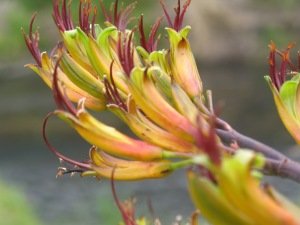 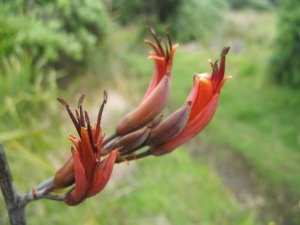 One of the pleasures of going out to the bach, is noticing what is happening in nature after a week’s or fortnight’s absence. This time, I’m aware of fragrance. On my walk I notice that the flax (harakeke) is in flower, both red and yellow varieties, licking the air and filled with sweet nectar. The Maori call it ‘wai korari’ and used to tap it out of the flowers and collect it in gourds. 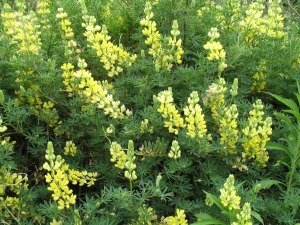 Along the coastline, lupin is flowering profusely, scenting the air with the promise of summer.

And in the garden, I’m thinking of scent also, as I plant a row of carrots. The shop didn’t have any orange ones, only the Dutch white Heirloom carrots. The seeds have been grown and collected by the Koanga Institute, and I was assured that they would grow well and produce carrots that tasted just the same as the orange ones. I’m
doubtful: how can the taste be right if it doesn’t look orange. 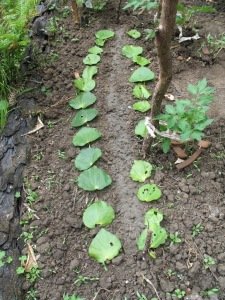 But I decided to give them a try. ‘Plant them with chilli seeds,’ advised the woman at the Health Food shop. ‘That will deter the carrot fly.’ I thought that maybe the white colour would deter the carrot fly, deceiving it into thinking they were turnips! But that’s just me being silly. I know very well that it’s the smell that counts.

Not having any chilli out at the bach, I decided to use kawakawa leaves. The Maori used to burn them to deter caterpillars from the kumara crop, and they have a peppery smell. Last year I laid them along the ground each time I thinned the carrots, and there was never a sign of disease.

I rather like the look of the row, lined with my favourite heart-shaped leaves. If I were a carrot fly, I’d smell pepper and keep right away.