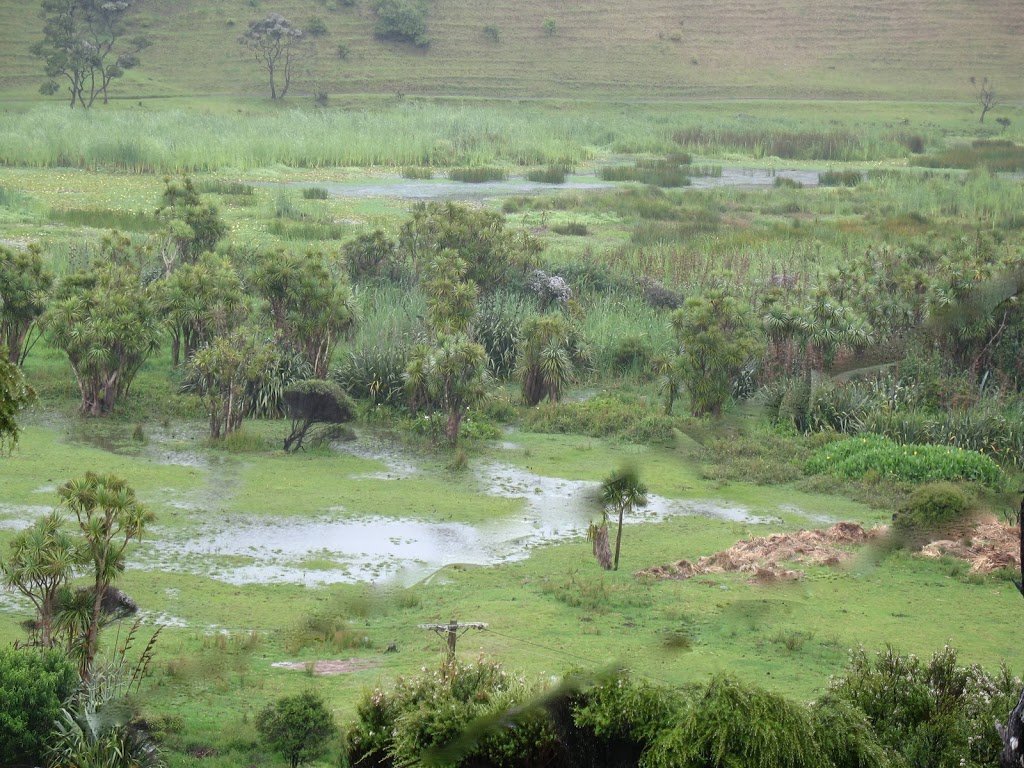 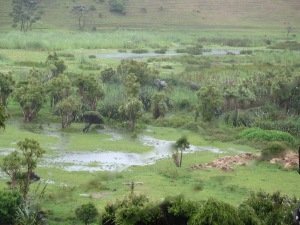 The rain continues to fall and the ground is now saturated, the stream swollen and the garden plants satiated with the very thing they craved only a week ago. Just after I took this picture of the field below the bach, a gaggle of geese waddled over to swim in the huge puddle.
I walked in the rain today, and took many photos, which I can’t post because the dial-up connection is too slow. So I’ll have to do word snapshots: flax, whose red tongues took on an intense hue against the dark hill; the rushing stream with its corrugations of white waves that appeared when the water backed up; patterns traced on the sand by rain and seeds; and rows of water droplets, like strings of pearls, hanging from black kanuka branches.
Sometimes the rain eases off (it would be going too far to say ‘stops’). I notice that the birds know it’s about to happen, because that’s when they start singing. Then as the rain withdraws its force, the air is punctured by rapid flights, like the shooting of spears, as the birds suddenly fly directly to the places they’ve been waiting to reach. I’m reminded of travellers, who’ve been held up at airports for days, and are at last released to travel once more. Here, enjoying solitude at the beginning of my holiday, I’m not in a hurry to go anywhere. I think of all the Christmas travellers, offer prayers for their safety, and rest in the contentment of being free to sit and observe the many moods of nature.