A flotilla sails by 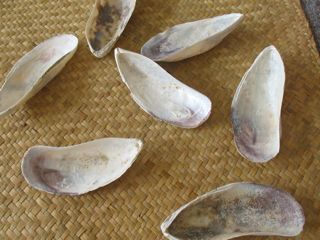 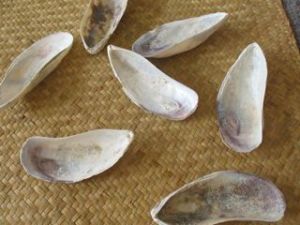 It was raining the day that little Miss Bangles came to visit. Never mind, I’d just brought back a treasure box after my breakaway trip to the bach. She wanted to explore and unpack every bag. First the bleached mussel shells . . . 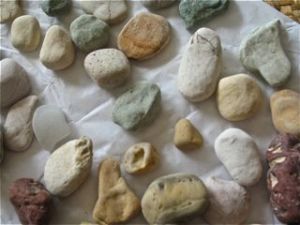 Then the bag of coloured stones. Every one of them was our ‘favourite’. 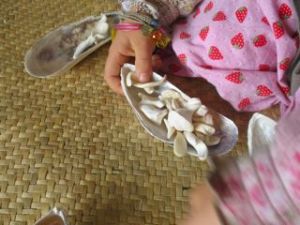 Before long the mussel shells had become kayaks, and were loaded up with ‘people’ 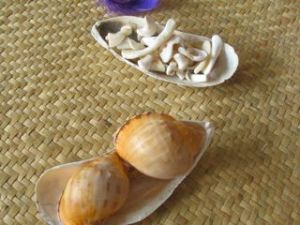 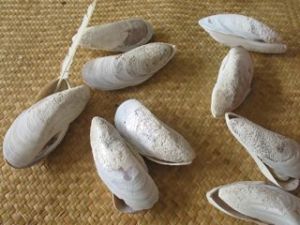 But because it was raining, they had to have roofs over their heads 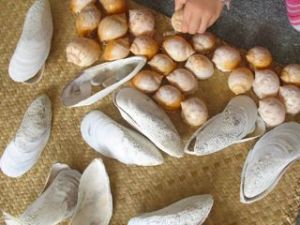 and comforting houses to go home to.

And so I watched a flotilla of shells sailing through the afternoon, bringing with it happy memories of my childhood. Because it was after the war and few toys were to be had, we explored nature’s abundance day after day and discovered a world of constant magic and delight. 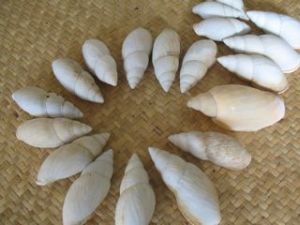 And then another layer of memory emerged as the flax snail shells gathered in close. . . 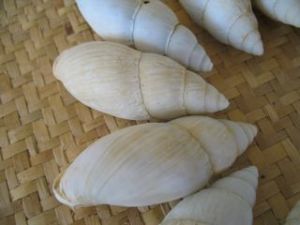 . . . of a perfect day when, with a lover, I strode the beach between two light-houses, from Cape Reinga to Cape Maria Van Diemen, at the very top of the North Island. The sky was azure, the sand dazzling white, the sea freshly rippling as we walked for three and a half hours to the lighthouse, and then three and a half hours back. We found these sun-bleached shells, scattered about everywhere, and also gathered fresh mussels which we swung in a kete between us as we strolled back along the sea’s edge.

And now, the little one is lost in her own world of shells and stones, kayaks, voyages, and little sheltering houses. Imagination and memory billow like clouds in the space between us.